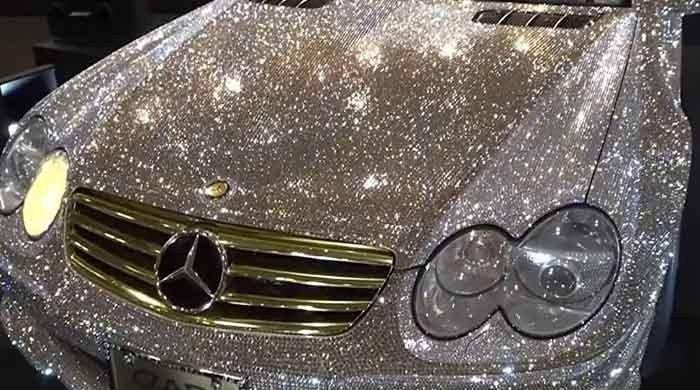 The glittering Swarovski crystal-covered Mercedes-Benz SL600 was introduced by Garson, a company that incorporates glam and glutz into luxury automobiles to customize mass-produced cars for its owners. Changes.

Garson is credited with building two Mercedes, one in silver and the other in gold.

Both cars were on display at the Tokyo Auto Show before the sale. A total of 300,000 crystals were shaped into diamonds before sticking to the car’s body.

A قیمت 901,000 car has already been purchased and is being driven on the streets of Dubai.

Crystal accessories to accompany the vehicle include crystal-enclosed wheels, a gear shifter and a steering wheel.