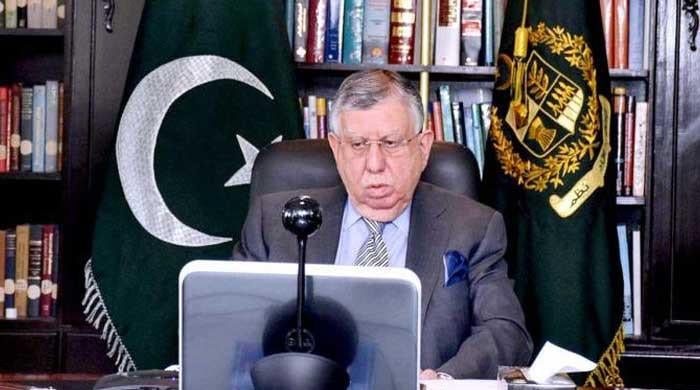 ISLAMABAD: Federal Minister for Finance and Revenue Shaukat Tareen on Sunday said that the GDP growth rate during the current financial year (2020-21) was 3.94% which was estimated in a transparent manner. Will grow up to 5% in 2021-22; and 6% during 2022-23

Addressing a virtual press briefing, the Minister said that it was due to the prudent policies of the present government that this development was achieved despite the strict conditions of the International Monetary Fund (IMF). The focus was on the housing, agriculture and export sectors that produced these results.

He said that the government has identified 12 sectors and formulated short, medium and long term strategies for achieving comprehensive, sustainable economic growth and social prosperity with special focus on development of housing, agriculture and export industries. Has gone

He said that the development of these sectors would not only bring sustainability but also help in achieving economic development for the welfare of the common man in the country.

He said that the epidemic of Kovid 19 has affected the global economies and has also had a negative impact on the national economy, adding that the prudent policies of Prime Minister Imran Khan have helped the country out of the crisis. And on the path to properly sustainable economic growth

He said that to meet the financial needs, the government had to launch a program with the IMF and this time the fund introduced strict conditions like tariff, exchange rate and interest rate hike which also affected the economy. ۔

The Federal Minister said that a well thought out federal budget for the financial year 2021-22 would be presented at the beginning of next month, adding that the budget would provide maximum relief to the common man in taxes and electricity rates. Has been imagined. The tax burden will be placed on those who are already paying taxes.

He said that apart from expanding the tax base, modern alternatives would be introduced to achieve revenue targets by providing various incentives and facilities.

The Minister said that the rising trend in food prices is a global trend, adding that a strategy has been formulated to provide maximum relief to the common man, especially to save him from the shock of inflation. And some short-term measures, such as operations against hoarders, will address the problem of artificial shortages of essential commodities.

In the long run, he said, farmers would be facilitated to set up storage facilities to strengthen their domestic strategic reserves so that the supply of food items could be kept at a smooth level and the problem of hardening and profiteering could be addressed. To be solved.

Tareen said another area of ​​focus for the government is economic growth, which helps boost revenue and create jobs, adding that the Prime Minister’s vision is to track down the benefits of economic growth. Dependence on effects will be reduced.

He said the government was taking various steps to provide livelihood opportunities to the people, providing interest-free loans to farmers, and focusing on the productive sector to increase the competitiveness of local industries and reduce imports. ۔ .

The minister said that increasing exports and reducing imports would also help in creating import alternatives which would reduce the pressure on the country’s foreign exchange reserves, as well as reduce dependence on foreign loans and aid.

He said that during the period under review, there was an increase in exports which needed to be further enhanced, adding that there was also a sharp increase in remittances, which put the confidence of Pakistanis abroad in Prime Minister Imran Khan. And the result of love.

He added that the government was taking steps to develop the housing sector, as well as to reduce the fiscal deficit and increase revenue collection to ensure the availability of credit to the private sector.

The minister said the government was working to improve the financial sector to use available resources to encourage savings and develop social resources.

He said that plans are underway to achieve comprehensive and sustainable development for the benefit of the stable and middle class so as to ensure equal distribution of economic benefits among all sections of the society.

Responding to a question, Tareen said that the Pakistan Bureau of Statistics had been redesigned to make it an independent body to obtain adequate statistics for better policy intervention, moreover, under the Ministry of Finance. Was not working

Replying to another question, the Minister said that all the conditions of the Financial Action Task Force had been met and expressed hope for a positive response from the forum to get the country off the gray list.

He said that India was using its influence to put pressure on Pakistan, adding that the government was also working to deal with it.

On circular debt and subsidies, Tarin said that a targeted subsidy would be provided to the deserving sections of the society, adding that there were 35 million household electricity connections and a total of 29 million subsidies were provided which was legal no.