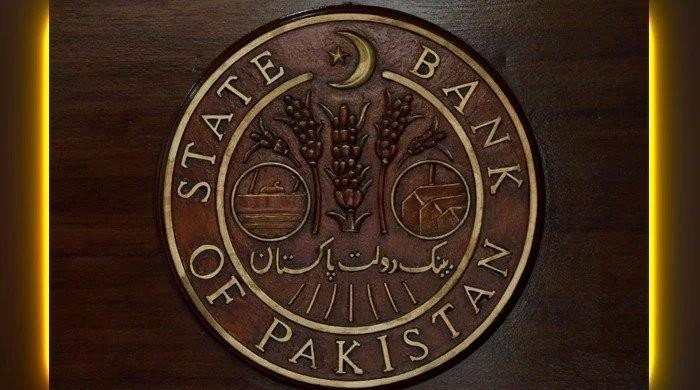 The State Bank of Pakistan announced in a statement on Friday that the policy rate would remain at 77% for the next two months.

The statement said the development came after a meeting of the Monetary Policy Committee (MPC) today. Since its last meeting in March, the MPC has been urged to increase its FY21 growth rate to 3.94%.

“The MPC notes that this confirms the strength of the broad-based economic recovery that has continued since the start of the fiscal year, due to targeted fiscal measures and aggressive fiscal stimulus,” it said.

The statement added that this positive momentum is expected to continue, which will translate into greater growth next year.

Inflation rose to 11.1 percent year-on-year in April, as a result of rising electricity prices this February, as well as rising food prices month-on-month, partly due to the normal weather around Ramadan, the MPC said. Note.

The committee also predicted that annual inflation would “remain high in the coming months due to the recent surge in electricity”. It said the tariff increase would “bring the fiscal year 21 average closer to the upper end of the announced threshold of 7-9%”.

Explaining its argument for not changing the policy rate, the MPC said the current position was “appropriate” to ensure that the recovery is firmly entrenched and self-sustaining.

“This is mainly because of the new wave of uncertainty created in Pakistan due to the ongoing third wave of CUVID and the expected financial stability this financial year. Read the press release

The MPC also said that in the future, if no unforeseen circumstances arise, monetary policy “will be appropriate in the near future”. He added that “any adjustment in policy rates” would be “measured and gradual over time to achieve mildly positive real interest rates”.

The press release said that if the recovery is more sustainable and the economy returns to its full potential, the MPC noted that it would be appropriate to normalize monetary policy through a gradual reduction in the degree of housing. .

The MPC said the move would help ensure that inflation is kept under control and that “high-level and financial conditions are kept in check” which will lead to “sustainable development”.

The MPC said the latest National Income Accounts data showed that “the economy has stabilized since last year’s severe quake, led by services and industry.”

The committee estimated that the industrial sector grew by 3.6% during FY21, due to the “construction and large-scale manufacturing, particularly the food, cement, textile and automobile sectors”.

The MPC also estimated that the agricultural sector grew by 2.8%, as wheat, rice and maize production reached “record heights”. It also credited sugarcane growth, which reached its second-highest level ever.

“Enthusiastic about strong performance in the commodity-producing sectors, services are forecasting a 4.4% growth rate from last year’s shrinkage, led by wholesale and retail trade,” the press release said.

The MPC said the current economic recovery was due to “active and well-calibrated policies” implemented by the government and the State Bank of Pakistan.

At 0. 0.8 billion, the current account has been in surplus for the first time in 17 years in the first ten months of FY21. Delivery of wheat and sugar has been stopped for removal

The MPC also said that apart from these developments, the country’s exports have increased by about 14% on an annual basis. It also said that in March, “Pakistan successfully completed the second fifth review of the IMF program and returned to international capital markets, raising 2.5 2.5 billion through an additional subscribed Eurobond.” , Which was issued at a lower production than the initial price guidance. “

The MPC said all these developments have ensured that the rupee has “broadly stabilized around its pre-quaid level since the last meeting of the MPC”.