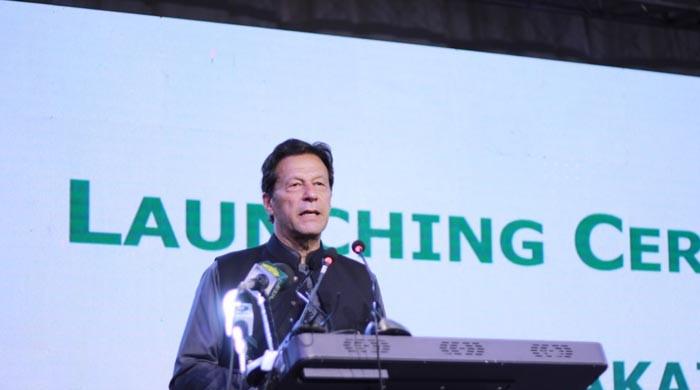 The Federal Board of Revenue (FBR) has crossed the Rs 4,000 billion tax mark for the first time in Pakistan’s history, Prime Minister Imran Khan said on Saturday, praising the authority.

The Prime Minister said in a tweet a few days before the presentation of the budget for the next financial year that he appreciated the efforts of the FBR to cross the historic milestone of Rs 4,000 billion in any given year.

The Prime Minister noted that the tax collection was 18% higher than the same period last year.

In March, the FBR exceeded its target in the first eight months of the current financial year (July-February), achieving Rs 2,916 billion against its target of Rs 2,898 billion, of Rs 18 billion. Saw an increase. .

According to provisional recovery data, the FBR had a net income of Rs 2,916 billion during the July-February period, exceeding the target of Rs 2,898 billion, which is Rs 2,750. Billions accumulated during the same period last year, representing an increase of about 6% over the previous year.

The monthly net receipts for February were Rs 343 billion against the target of Rs 325 billion which represents 8% of February 2019 and 106% of the target. Collection figures are likely to be further improved once the book adjustments are finalized.

During the same month, March, Prime Minister Imran Khan praised the FBR’s efforts to achieve 57% growth in April, 2021, with a collection of Rs 384 billion as against Rs 240 billion in April last year. ۔

The Prime Minister wrote on Twitter, “I appreciate the FBR’s efforts to achieve a growth rate of 57% in April 2021 with a collection of Rs 384 billion as against Rs 240 billion in April 2020.”

The Prime Minister noted that the collection from July to April reached Rs. 3780 billion which is 14% more than the same period last year.

Meanwhile, PML-N President Shahbaz Sharif said that despite imposing additional taxes every year, the PTI-led government was lagging behind in tax collection.

He claimed that the PML-N had surpassed the 5.8 per cent growth rate five years later, bringing it above 2.8 per cent, and reduced inflation from 11.8 per cent to 3.8 per cent.

Shahbaz further claimed that during the party’s tenure, tax revenue also doubled from Rs 1,946 to Rs 3,900.

The PML-N president said that at the end of his party’s rule at the Center, the tax-to-gross domestic product (GDP) ratio was 13 per cent, which has now come down to 10.9 per cent in three years.

He said that the people rejected both the IMF budget and the government that brought it. When the PML-N left power in 2018, Pakistan’s economy was worth Rs 313 billion.

He said that in three years of PTI government, the economy has fallen to Rs 296 billion.