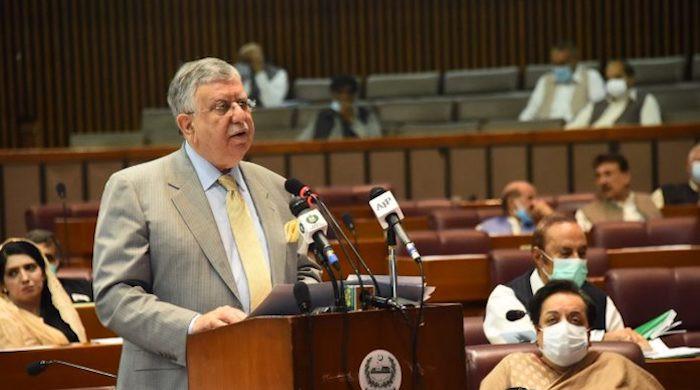 ISLAMABAD: Federal Minister for Finance and Revenue Shaukat Tareen on Friday said that the country was moving towards self-reliance and stability.

In a tweet, the federal minister said he had summarized the long-term benefits of the 2021-2022 budget in the National Assembly on Friday.

On Friday, the finance minister ended the debate on the 2021-22 budget in the National Assembly and responded to the recommendations of senators and the opposition.

He highlighted some of the challenges facing the government and the response of the present government to address these challenges.

Initially, the House offered Fateha for the martyred soldiers of Frontier Corps in Sibi.

The Finance Minister said that Prime Minister Imran Khan had taken bold and difficult decisions to take the economy in the right direction.

“Despite the challenge of Code 19, we have achieved a 4% increase during the current financial year due to interventions in various sectors including industries, housing and construction and agriculture,” Tarin said.

What are the last steps of tax relief?

Tarin announced a series of relief measures for various sectors.

He said that the tax relief given to the first auto sector for 850cc vehicles is being extended to 1000cc vehicles while the tax on medical bills, GP fund and ventilated products is being withdrawn.

Tareen said there would be no tax on mobile internet and SMS, while customers would be charged 75 paise for calls lasting more than five minutes.

The Minister said that there would be zero tax on registered IT platforms, while 2% tax would be collected from unregistered persons.

Tax on textile products has been reduced from 12 to 10 percent.

The Finance Minister made it clear that no tax has been levied on flour and its products.

He claimed that the budget has given hope to all sections of the society and said that it has a comprehensive plan for the development of four to six million poor families.

What are the government’s spending plans?

He said that every deserving family in urban areas would be provided interest free loans of Rs. 500,000 to start their own business. He said that health cards would also be provided to these poor families.

The Minister said that the allocation for Ehsas program has been increased to Rs. 260 billion to provide assistance to the privileged sections of the society. He said the government would provide targeted subsidies to low-income groups on electricity rates, flour, ghee and sugar.

Tax collection for the next financial year has been fixed at Rs. 5800 billion.

The Minister pointed out that Pakistan has become an importer of pure food and the present government will spend on the agricultural sector to achieve self-reliance. He said that a plan has been drawn up for the development of the sector in collaboration with the provinces. He said that cold storage and warehouses would be set up and a network of agri-malls would be set up across the country to eliminate the role of middle man.

Tareen said that incentives of Rs. 40 billion would be given to the industrial sector with the aim of increasing competition. Percent.