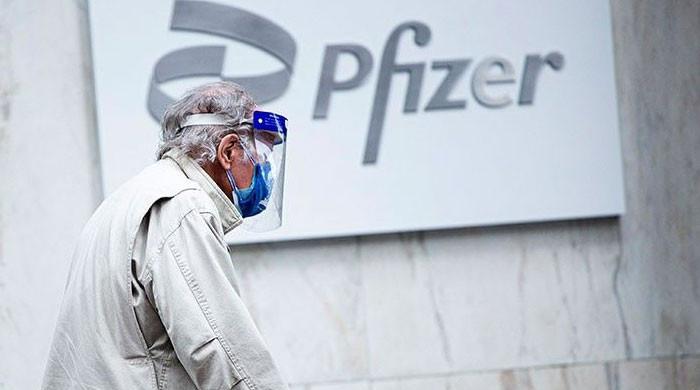 WASHINGTON: Pfizer and Biotech announced Thursday that they will seek permission to increase the effectiveness of their third dose of the Covid 19 vaccine, as the Delta variant spreads devastating epidemics in Asia and Africa, and Europe and the United States. Cases escalated again.

With the epidemic once again intensifying, Japan banned spectators at most Olympic events and placed Tokyo in a state of viral emergency at all games.

The decision comes just two weeks before the opening ceremony.

Delta virus is the most contagious strain since the onset of the global epidemic in early 2020.

Originally discovered in India months ago, it has spread rapidly and today the epidemic is spreading even in countries with high vaccination rates.

As a result, the World Health Organization warns that the world is in a “dangerous place” as the official death toll in the world has exceeded four million.

Pfizer and Biotech said they expect the Third Food Delta to perform well against tensions, and they will seek permission in the coming weeks in the United States, Europe and elsewhere.

Preliminary data from an ongoing trial show that a third shot pushed the antibody levels five to 10 times higher than the original Corona virus strain and beta variant, which is first found in South Africa, alone. Compared to the first two doses.

The companies said they expected similar results for Delta – but added that they were also developing Delta-specific anti-stress vaccines.

The statement came after Japan, where tensions are currently at about 30 per cent of cases, banned spectators from the Olympic venues in Tokyo on Thursday, where most competitions will take place.

Earlier, Prime Minister Yoshihide Suga announced that the capital would remain in a state of emergency during the Games until August 22, although much less than the lockdown seen in other parts of the world, such as Australia.

In Australia, the government has said it will deliver 300,000 doses of the vaccine to Sydney, the country’s largest city.

– The worst is yet to come for Africa: WHO

South Korea, once considered a corona virus response model with Australia, reported about 1,100 new infections on Thursday, the highest number since the onset of the epidemic.

Elsewhere in Asia, Vietnam’s Ho Chi Minh City has gone into lockdown. The threat of the virus also forced organizers to postpone the Southeast Asian Games in Vietnam.

Indonesia has become a global coveted 19 hotspot, with the death rate rising tenfold in one month to more than a thousand on Wednesday.

A flood of corona virus cases has pushed 270 million vast island hospitals to the brink.

Due to the uncontrolled spread of the virus, ivermectin is an anti-parasitic drug that has been backed by well-known politicians and the effects of social media as a “miracle cure” despite little evidence and health warnings.

In Brazil, meanwhile, the world’s second-most-known cove 19 after the United States, officials say the disease is spreading rapidly in the country’s most populous state, Sao Paulo.

And in Africa, the WHO warns that the worst is yet to come after the most devastating week in the history of epidemics.

Tunisian officials say the country’s health system has “collapsed” under the weight of the epidemic, calling the situation “devastating.”

The WHO said more than 1.4 million people had been killed, but warned that the figure was too low.

The head of the UN agency, Tedros Azanom Gabrius, warned rich countries against complacency, and warned that the world was in a “dangerous” place.

Delta is also finding itself in places where vaccination drives have been strong.

France on Thursday advised its citizens not to travel to Spain and Portugal due to the growing tensions over the delta.

In Russia, where Delta has raised the death rate in a population reluctant to vaccinate, Moscow police have launched a criminal investigation into fake vaccination certificates.