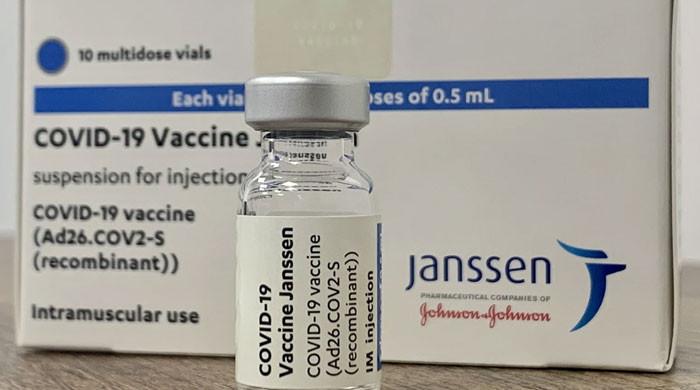 WASHINGTON: The U.S. Food and Drug Administration on Monday updated its warning label for the Johnson & Johnson Covid 19 vaccine to address the observed “increased risk” of an unusual neurological disorder called Galen Berry Syndrome (GBS). Include information about

The news is another blow to the company, which was allowed emergency use for its shot in February but has played a minor role in the US Corona Virus Prevention Campaign.

Based on an analysis by the Federal Vaccine Safety Monitoring System, authorities have identified 100 initial reports of GBS after administering approximately 12.5 million doses.

Of those reports, 95 were serious and had to be hospitalized. One death was reported.

GBS is a neurological disorder in which the body’s immune system damages nerve cells, causing muscle weakness or, in the most severe cases, paralysis.

It affects an estimated 3,000 to 6,000 people each year in the United States, and most recover.

The new warning label for carers and recipients says that in most people, symptoms begin within 42 days of receiving the vaccine, and “are less likely to happen.”

People should seek medical help immediately if they experience feelings of weakness or numbness, especially in the legs or arms, which are damaged or spread to other parts of the body.

Difficulty walking, difficulty in facial movements including speaking, chewing or swallowing, failure to double vision or moving the eyes, and lack of bladder or bowel function are also reasons for immediate care.

While the FDA continues to work with the Centers for Disease Control and Prevention (CDC) to monitor vaccine safety, it continues to “know the known and potential benefits and clearly explore potential risks.” Is.”

GBS has also been seen at an increasing rate with some vaccines, including some seasonal influenza vaccines and a vaccine to prevent shingles.

But so far, no signals similar to the Modern and Pfizer-Biotech Covid 19 vaccines have been identified.

The J&J vaccine has experienced major production problems, and the Baltimore plant responsible for its manufacture has been shut down for three months due to pollution issues.

The shot was also subject to a safety halt in April when an increased risk was identified, including a rare form of clotting, mostly in young women.

The break was removed when it was determined that the risk was far away and the benefits far outweighed the risks, but this installment led to a lasting decline in demand.

The news comes at a time when demand for covid vaccine is declining in the United States, with only 430,000 shots being fired a day. The seven-day average peaked at about 3.5 million, in April.

Cases are on the rise in low-vaccinated states in the Midwest and South, with highly contagious Delta varieties now prevalent.