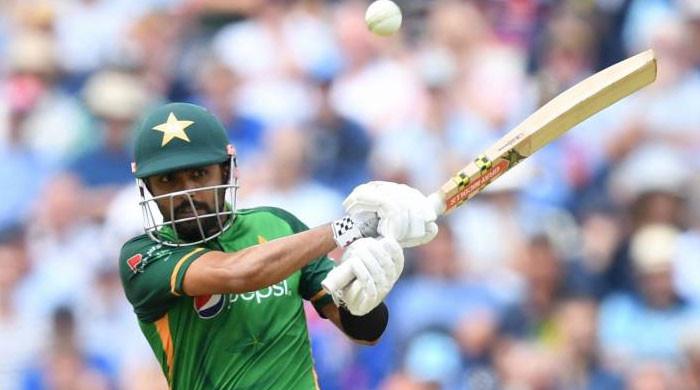 Pakistan’s captain Azam scored 85 runs and along with Mohammad Rizwan set a national record of 150 opening stand at T20 total 232-6.

But Livingstone gave the hosts hope for a 42-ball century, England’s fastest and fifth-fastest ever in the T20 Internationals, hitting six fours and nine sixes in three figures.

Despite this, it was not enough to stop Pakistan from leading 1-0 in the three-match series. After Shaheen Shah Afridi and Shadab Khan took three wickets each, England piled up 201 runs.

It was Pakistan’s first win of the 2021 tour after a 3-0 return in the one-day international series.

Fresh from a stunning third century in the third ODI at Edgbaston on Tuesday, Azam faced just 49 balls as he and Rizwan were the target of England’s experimental attack.

The captain was generally in good form when he hit eight fours and three sixes before being caught behind David Willie.

England soon found themselves in a complicated start with 69-3 in which fast bowler Afridi took a brilliant catch and bowled Dawood Milan 3-30.

Jason Roy’s quick fifty kept England in the hunt before Livingstone, in an attempt to establish himself in England’s setup, found his limit with consecutive sixes by league spinner Shadab Khan.

Livingstone needed just 17 balls for their fifties before Khan responded by dismissing Roy.

The Lancashire all-rounder completed his century with sixes before Khan caught him in the deep.

England’s tail had a lot to do now and Afridi ended the match when he bowled Matt Parkinson with four balls left in the game.

The series continues in Headingley on Sunday.