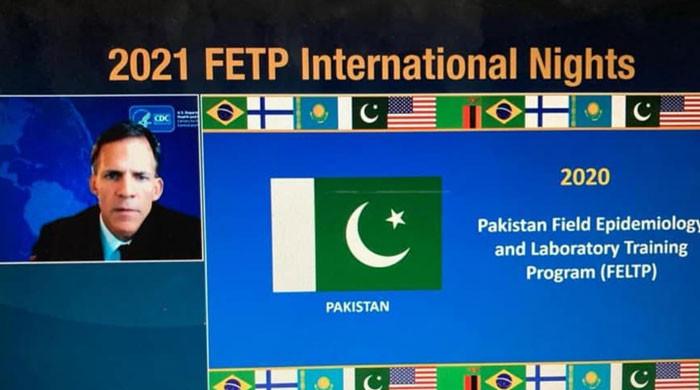 ISLAMABAD: In a major achievement in the health sector, Pakistan has been awarded the Director’s Award for Excellence in Epidemiology and Public Health Response during an international conference in the United States.

The award was presented to the National Institute of Health (NIH) Islamabad by the Field Epidemiology Training Program (FETP) and the Epidemiological Intelligence Service (EIS) International Conference on Epidemiology and Public Health in 2021. In recognition of his contribution to the field of emergency response. Centers for Disease Control and Prevention (CDC) in the United States

The Director’s Award for Excellence is considered a major achievement for countries that have made significant contributions to a successful response to public health emergencies.

The award is also for recognition of expertise in epidemiological research and partnerships that address public health issues by applying the principles and methods of infectious diseases.

Earlier, the National Institutes of Health (NIH) was working on a project to develop a single dose corona virus vaccine for Pakistan.

NIH Executive Director Major General Amir Ikram told the National Assembly’s National Health Services Committee, “Our team is ready to do this, while a Chinese team is already here to oversee the exercise. ۔ “

He said the NIH had conducted a clinical trial of the Chinese COVID-19 vaccine CanSinoBio, making the country one of the first countries to do so.

An NIH official said China had been formally asked to transfer vaccine technology and that raw materials for the vaccine would arrive soon.