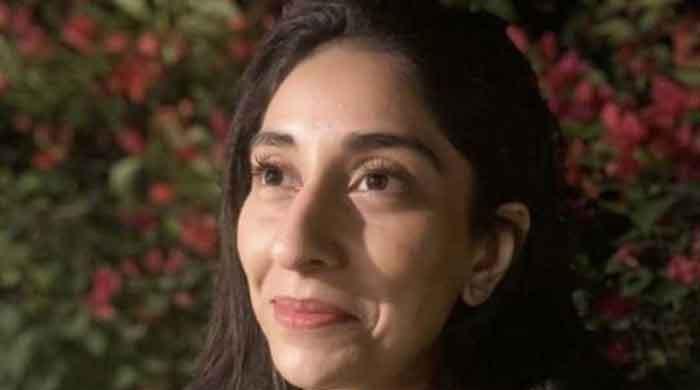 Prime Minister Imran Khan has asked Inspector General of Police for Islamabad Qazi Jameel-ur-Rehman to ensure that no concessions are made during the investigation into the murder of Noor Makadam, daughter of former Pakistani diplomat Shaukat Makadam.

Noor, 27, was killed Tuesday in the F-7 area of ​​the federal capital, according to police.

This tragic incident has led to a nationwide campaign for justice, with #Justice #Noor becoming the top trend on Twitter.

Zahir Zakir Jaffer, son of Karachi-based business tycoon, has been arrested and charged with murdering a young girl.

Gul said the prime minister was personally overseeing the matter and had sought a report from the IGP.

“The prime minister has ordered that justice be done to Noor Makdam’s family,” the aide said.

“We are all daughters. I would like to ask the opposition to unite with us on this front,” she added.

He called on the courts to “meet all the requirements of the law” and the authorities to investigate the crime “on merit”.

Gul also spoke of Noor’s mother, whom he described as a “soft-hearted girl” who had been “brutally tortured”.

He said if the police had been informed of the killer’s actions in time, “perhaps his life could have been saved”.

The aide to the prime minister said that as the investigation progressed and the matter became clear, “the facts of the case will be shared with the nation”.

“The light can never be brought back, but what can be done is justice,” he said.

Gail said that in addition to personally implicating the prime minister in the investigation, Interior Minister Sheikh Rashid and Human Rights Minister Shirin Mazari were also in touch with the police and wanted an update.

“We will not share any details until the police complete their investigation,” he said.

“Please give the police some time to complete their investigation. Rest assured, justice will be done,” the aide said.

‘Not a person with a mental disability’

Earlier, Noor’s father addressed a press conference and thanked the Prime Minister, Gul and Mazari for taking a personal interest in the matter.

“This is not a case where the accused escaped. He was caught and caught with a weapon,” Makdam said.

He said Jaffar was “not a mentally handicapped person”.

“If such a person had a job as a director of a company, his parents should also be part of the investigation,” McDam said.

“My daughter was a very sweet and kind girl. Our family has been crying badly since yesterday,” he said.

Makdam said he had served the country as an ambassador and was only seeking justice.

“It’s a clear case. The killer is standing in front of us,” he said.

The former diplomat said the murder was “seen by the gatekeeper”.

The names of the suspects should be included in the ECL

Meanwhile, the IGP, after meeting the investigation team at the Central Police Office, directed them to approach the concerned agencies for inclusion of the suspects in the Exit Control List (ECL).

The police chief also instructed the team to obtain their criminal history, if any, from England and the United States.

Briefing the IGP Islamabad about the progress of the case, the head of the investigation team, SSP Investigation Ata-ur-Rehman, said that besides the parents of the victim girl and the father of the accused, the statements of two security guards have been recorded.

The police chief was told that the forensic team had also provided evidence after their investigation.

The IGP said all evidence from the incident should be “forensic”, adding that the therapy works team should be referred as part of the investigation.

It is mentioned that Therapy Works is a drug rehabilitation center where Jaffer is believed to have sought treatment.

Expressing satisfaction over the investigation so far, the IGP said that all the requirements of justice should be met and no pressure or recommendation should be taken into account so that the culprit could be given exemplary punishment.