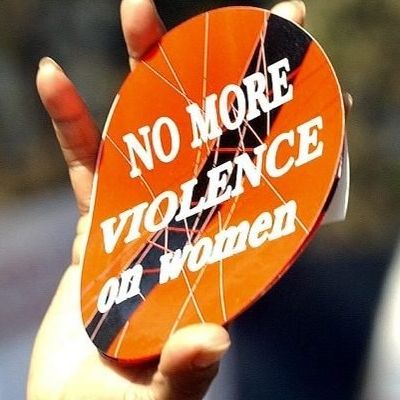 An ideal system so deeply connected and enforced by the world’s religious, school and family systems, that men in our society follow their own way of life. From birth, sons are encouraged to show masculinity in all their glory through emotions such as anger and rage so that they can be part of a solid ‘brocode’ subculture. Expressing feelings such as sadness or mild temper is considered a feminine sign only for women, while the father has taught us that women are the lesser sex. This detachment from all human emotions and the pressure to achieve this illegitimate standard of a certain kind of masculinity is what makes angry men.

To make it clear that Pakistani culture is tinged with extreme patriarchy and when privilege increases, the recipe for exploitation and abuse of power is completely complete. In fact, the examples in the books show how deadly (literally) this system can be seen in the recent brutal murder of women. Such incidents are not uncommon or surprising as hundreds of women in Pakistan are targeted, harassed, acid-burned or killed in the name of honor every day for a variety of reasons. But the frustration and anxiety about these few special cases is that it is a matter of recovering from the cold. Bloody murder by victims’ partners. One may wonder why the state is not moving fast to punish and legislate the killers who are really with women in all aspects.

Repeatedly, rapes and murderers turn away from their heinous crimes against women while everyone else sits down to understand the flaws in the female characters who somehow justify what has happened to them. ۔ The irresponsible story of ‘boys will be boys’ will keep our homes and streets unsafe for women. There is an urgent need to eradicate this notion and implement the statement that “boys will be held accountable”.

The recent murder of a woman has proved that it never really happens who the victim was dressed in or what kind of clothes she was with or the day she was out – her husband Kratolin was killed in front. In fact, honor killings are always carried out by people close to them. When fathers somehow make discriminatory rules for their sons and daughters to protect their daughters, the practice teaches boys from an early age that the world is naturally different for them and their sisters. Is. The same men who set themselves up as flag bearers are abusing their children. In addition, for many years, fathers and brothers have abused their daughters and sisters at home. So, where is it that women can really feel safe? I’m afraid there is really no satisfactory answer to this question.

If a person like Zahoor Jaffar can shoot a so-called educated man of the family and then brutally behead the daughter of a former ambassador, just think of the helplessness of women belonging to the less privileged class. There is a feeling. But it is not against the rich and the poor or between the educated. It’s just about male domination and power, supported by our culture and protected by the legal system.

In one country, female homicide is on the rise, and it has already claimed the lives of many people, including Saima, Kratolin and Noor, their lives have been limited to hashtags. The state needs to take swift action to deal with these brutal killings and prevent further loss of precious lives. Not only that, this toxic culture needs to be completely revived where women are seen as respectable human beings in the agency and not to save people through mere objects or men for moral policing. ۔

It’s heartbreaking to see the threats, criticisms and jokes that many women are asking for the right to parade naked with a lot of acting, although the whole purpose of the march is to draw attention to the oppression of women. That the government should protect women through policies and central laws. This March, there was also a demand for the basic right to occupy public places without mentioning, rape or murder.

Parents, especially mothers, will continue to rape men, women and children without any conscious effort to change the way their children are raised. We men need to call our male friends casual and explicit sex. We need a more sensitive Prime Minister who understands that the victim’s allegations do not resolve the issue and the abuse is not due to the incident that a girl wears. He needs to understand that the alien statements he makes on international television will draw attention to the abuse and murder of women. She needs to understand that amending the Domestic Violence (Prevention and Protection) Bill, according to conservatives (the same conservatives who do not condemn gender-based violence) will improve women’s quality of life in this country. Will not make

Women live with fear every day. Permanent embarrassment inside and outside our homes, moral policing, sex standards are issues that have been the target of most of us since we were little girls. It gets worse as we get older, because parents try to protect us from men who are capable. Still, these people don’t talk much. Hell, they don’t speak at all. What we need more, and I think it will take decades, is the acceptance of ‘feminine masculinity’, as Bell Hicks argues. Willingness to change: masculinity, and love“The key components will be integrity, self-love, emotional awareness, assertiveness and related skills, including empathy, independence and the ability to connect.”