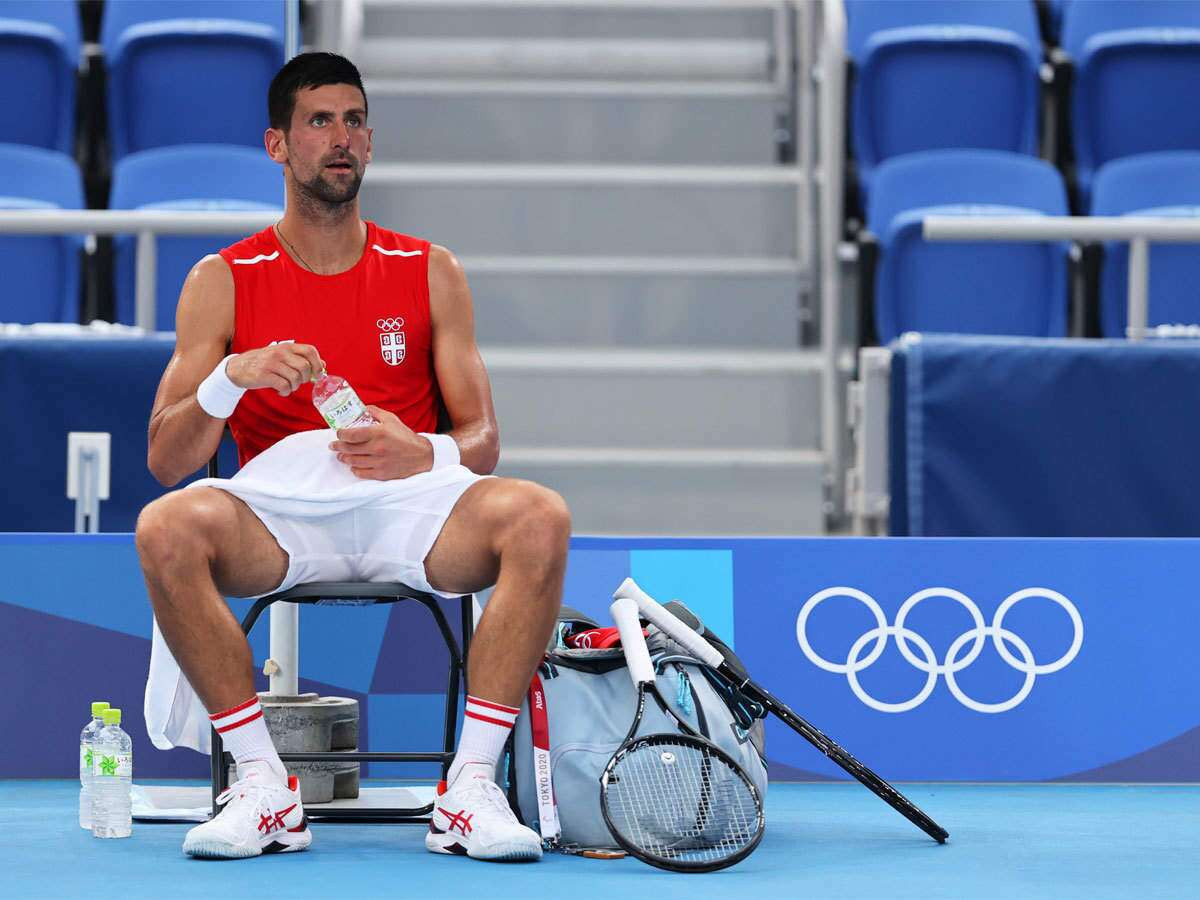 Novak Djokovic and Daniel Medvedev have called on organizers to delay the start of Olympic tennis matches as athletes heat up the Tokyo summer heat on the opening day of the tournament.

World number one Djokovic faced much less resistance than Bolivia’s Hugo Dylan won 6-2, 6-2 in the first round, but like many others, the conditions of the game are particularly demanding. ۔

Medvedev, the 6-6, 7-6 (10/8) winner over Kazakhstan’s Alexander Bublik, suggested postponing the matches until the evening, just before midnight in the hot sun. Started

“I agree with him 100%,” said Djokovic, who revealed that he had asked the International Tennis Federation (ITF) to change the start of the day at 11am. Was

“Truth be told, I don’t understand why they don’t start the match at 3pm. I have heard that there is some kind of curfew for tennis and they have to end by midnight.

“If that’s the case, I ended the last match (on center court) and it’s not until 5pm. We still have seven hours to play, they have the light on all the courts.

“Thanks to it, they can make life easier for us all,” he said. I just don’t understand why they don’t move it. I doubt they will change that decision but we hope they will. “

Medvedev acknowledged that the situation was “some of the worst” he had ever experienced.

Before sealing the victory on the dangerous bubble, the Russian set avoided a three-set loss after saving one set point in the second set tiebreak.

“I think … matches should start at 6pm because the heat is actually much lighter,” Medvedev said, with the match temperature hovering around 32 degrees Celsius (90 degrees Fahrenheit). Had begun

“I don’t think they’re going to change that in the middle of the tournament, but that’s what can happen and the fact that we only have one minute between changes.

Two-time Grand Slam finalist Medvedev, who will meet India’s 160th-ranked Samat Nagal in the second round, is much better off in the heat and is spending his summers on the French Riviera after emigrating from Russia.

“Where I live in Cannes in the summer it can be really hot, I won’t lie, but you have to play. It’s the Olympics, you go for a medal. You’re not here to cry about the heat, It was really “tough for both of us,” Medvedev said.

Poland’s Ega Svetic, the 2020 French Open champion, suffered from heat and sunlight when she opened the day’s program in the Central Court.

“Not only was the temperature difficult, but so was the sun, because on the one hand it was very difficult to serve,” Sweetick said after the 6-2, 6-2 victory over Mona Bartel.

“But we had to adjust quickly and change our toss, so it was difficult, but you know I would say that the players who can adjust quickly will be the best players here.”