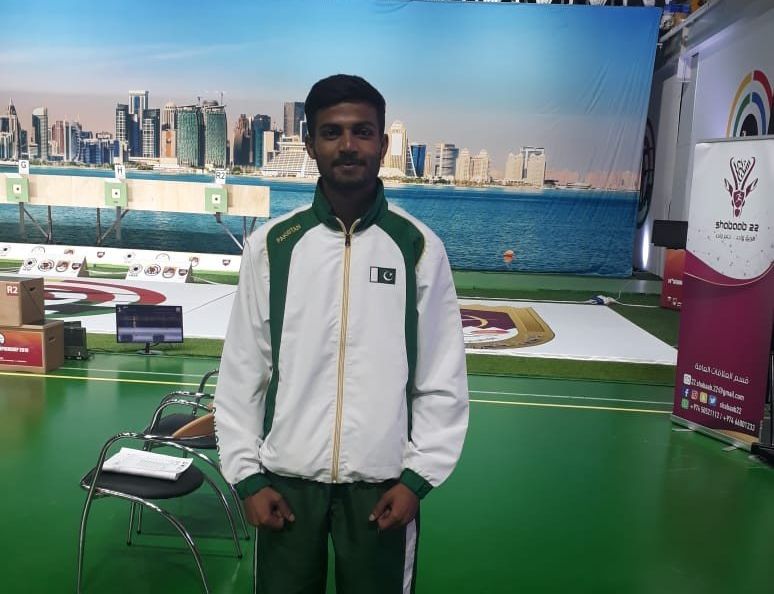 Pakistani shooter Gulfam Joseph lost near the final of the 10m air pistol in Tokyo after scoring 578 points on Saturday.

Joseph hails from Jhelum, the biggest surprise entry from Pakistan in the Olympics. He booked his place for the Olympic quota through his performance at the 14th Asian Championships in Doha in November 2019.

There are two other shooters representing Pakistan in the Olympics, namely Muhammad Khalil Akhtar and Ghulam Mustafa Bashir. Both will appear in the 25m high speed pistol event at the 2020 Tokyo Olympics.

In the 2020 Olympic Games, Pakistan has fielded 10 athletes in six sports competitions, while 11 officials from different federations are also accompanying the athletes.

Irshad Nadeem will be Pakistan’s best medal hope in the Julian Throw event.