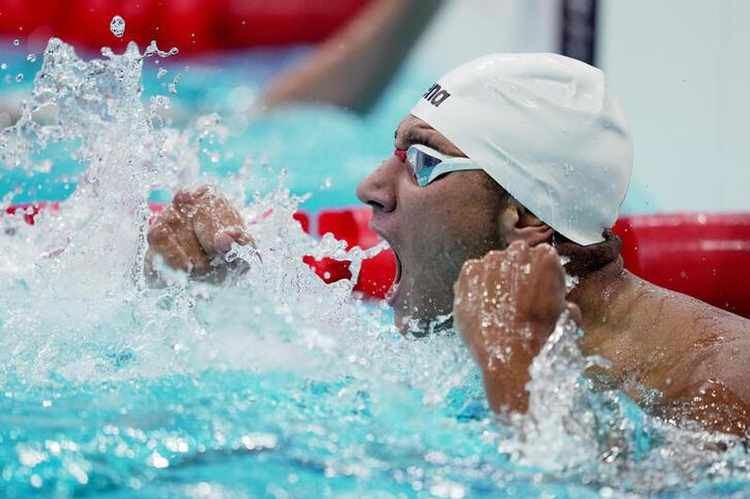 On Sunday, Tunisia’s Ahmed Hafnawi was shocked to see his name in the gold medal position in the 400m freestyle but could not believe his eyes but said after sinking his stunning victory at the Tokyo Olympics He hopes to make his family proud.

The 18-year-old, ahead of Australian Jack McLaughlin and American swimmer Kiran Smith, said he was surprised to be in the final, where he swam in the outer lane after being too slow to qualify.

“I believe it when I touch the wall … I’m surprised I didn’t accept it,” he told a news conference.

“I (Sona) dedicate myself to all my family, my mother, my father, my sisters, I wish they were proud of me.”

A Tunisian athlete’s gold medal at the Olympics is only fifth, but it is his third in swimming.

Hafnaui ran home in the last 50 meters, hitting the wall at 3:43.36, much faster than 3:45.68 in the qualifying on Saturday. When he found out he had won, he screamed, threw the first one, and pointed to the electronic scoreboard.

“I just can’t believe it. It was a dream come true and it came true. It was great. It was my best race ever,” he said.

Hafnaui, who joined Tunisia’s national swimming program at the age of 12, was smiling at the medal ceremony and news conference where he was chased by journalists and drowned out by selfies.

Hafnaui praised his coaches, saying they were “very helpful” and “worked hard”.

Hafnawi, whose father, Mohammad Hafnawi, was a former member of the national basketball team, will run the 800-meter freestyle on Tuesday. He said he plans to go to college in the United States but did not specify where he is.

“I felt better in the water this morning than yesterday and that’s it. Now I’m an Olympic champion.”

When asked what he does at home, the young man said “normal things”, like hanging out with friends and playing football.

Smith, who claimed the bronze medal, said he did not know anything about the Tunisian race.

“He is the Olympic champion in the 400-meter freestyle. That’s all I know about him,” said the American. “I’m very proud of it.”