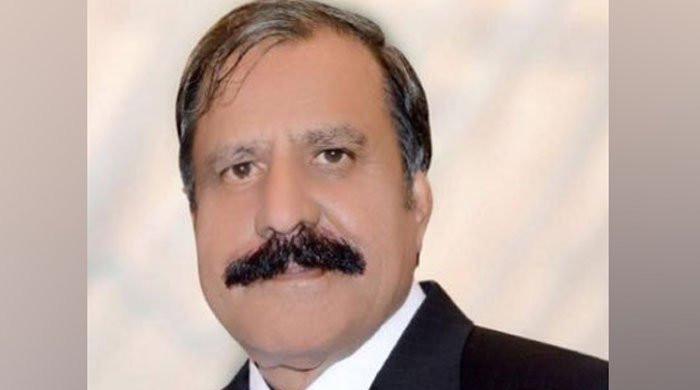 ISLAMABAD: Pakistan Muslim League-Nawaz (PML-N) on Monday issued a show cause notice to Ismail Gujjar, one of the candidates of Azad Jammu and Kashmir, for his comments on India’s support.

PML-N Secretary General Ahsan Iqbal said that the party has asked Gujjar, the PML-N candidate from LA-35, to submit its written reply within seven days.

He added that if he failed to give a satisfactory answer to the party within seven days, Gujjar could face severe disciplinary action.

Talking to media in Gujranwala on Sunday, Chaudhry Muhammad Ismail Gujjar, the PML-N candidate for the Azad Jammu and Kashmir elections from LA-35 Jammu-2, had said that if the local administration had not cooperated with him. He will “get India’s help”. .

He was speaking to reporters near a polling station at Government High School No. 2, where the deputy commissioner allegedly kicked the polling agents of the PML-N and the All Jammu and Kashmir Muslim Conference. ۔

After leaving the polling station, the agents allegedly had a heated argument with the deputy commissioner after which the polling process was stopped.

Gujjar had said that his election camp was “over” despite the presence of policemen.

He warned that if the polling process did not continue peacefully, his party would “cause trouble”.

The PML-N candidate claimed, “The deputy commissioner had asked my polling agents to leave and threatened them.”

He called on the government to take action, otherwise there would be unrest and “people will die”.

He later clarified to Geo News that his statement was to the administration. “India kills Kashmiris in occupied Kashmir and here, these people are setting up our camps,” he added.