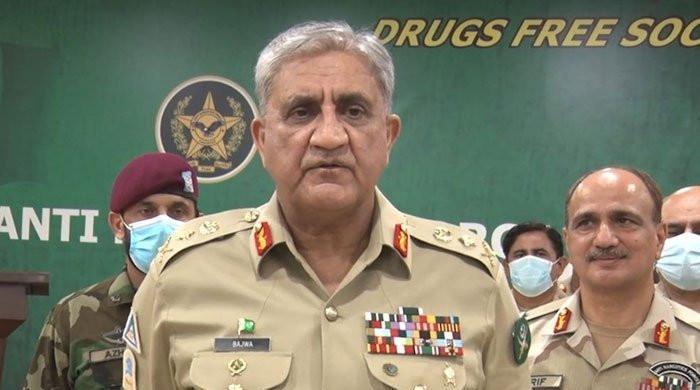 Chief of Army Staff (COOS) General Qamar Javed Bajwa urged that drug dealers in Pakistan be dealt with with an iron fist.

The Army Chief visited the Anti-Narcotics Force (ANF) headquarters on Tuesday, the media wing of the Pakistan Army said.

The Inter-Services Public Relations (ISPR) said in a statement that it was given a detailed operational briefing on the ANF’s initiation and its role in combating drug trafficking in the country.

Talking to officers and staff, General Bajwa said, “Drug dealers and their producers are a threat to national security and countless enemies of humanity.

“Drug money is being used to promote terrorism and therefore it is important to deal with drug dealers with an iron fist,” he was quoted as saying.

During the visit, the Army Chief also appreciated the efforts of the ANF to curb drug trafficking in Pakistan.