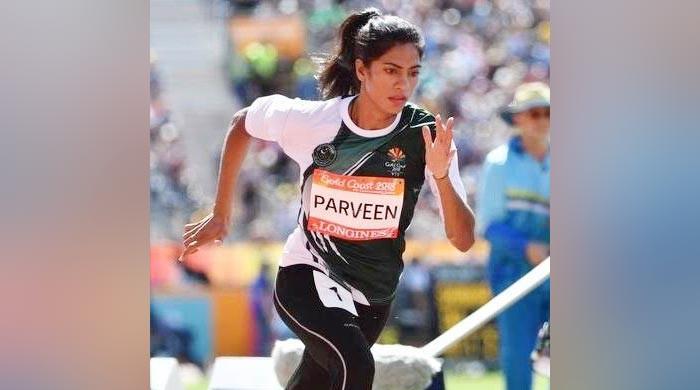 KARACHI: Pakistan’s top female sprinter Najma Parveen will run in the women’s 200m heat 2 at the Tokyo Olympics tomorrow (Monday) and become the first female athlete to represent the country in two Olympics.

Parveen will try to improve her national record and qualify for the semi-finals. The 31-year-old runner from Faisalabad qualified for the Tokyo Olympics on the World Athletics Federation’s university quota.

She is currently the best female athlete in Pakistan, winning 43 national gold medals and setting national records in the women’s 200m, 400m and 400m hurdles.

Parveen won a silver medal in the 200m in 23.69 seconds during the 2019 South Asian Games, the best timing for any Pakistani female athlete in the 200m.

He also won a gold medal in the 400m hurdles at the South Asian Games. At the last National Games in Peshawar, Najma proved her dominance in athletics by winning six gold medals.

This will be his second round at the Olympics. She represented Pakistan in the women’s 200m at the Rio Olympics and could not advance after finishing the race in 26.11 seconds. But since then, he has improved his times.

About 42 players will be in action in seven heats. Each summer, the top three and the next three best runners will qualify for the three semi-final races.

But the national players are optimistic.