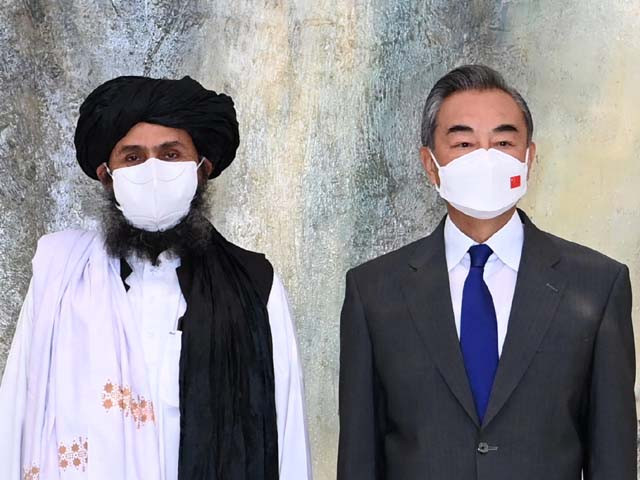 The best scenario is that Afghanistan becomes a geopolitical hub for Eurasian integration.

Taliban political representatives recently visited China, where they met with Foreign Minister Wang Yi. “The Taliban in Afghanistan is a major military and political force in the country, and will play a key role in the process of peace, reconciliation and reconstruction there,” the Chinese ambassador said. “Fighting ETIM is a shared responsibility of the international community and I hope that the Afghan Taliban will sever ties with terrorist groups like ETIM. The Afghan Taliban can take part in effective crackdowns against these groups,” he said. And can play an active role in regional stability and development.

These policy announcements are very important and should be noticed by all observers. China recognizes the Taliban as one of Afghanistan’s most important forces. It is genuinely popular with the rural population and in recent years has diversified its ranks to include more than the country’s Pashtun population, which is its largest. The Taliban’s foreign tours over the past two years have strengthened their diplomatic credentials and are thus cautiously welcomed into the international community. It is hoped that the group will act responsibly in its domestic and international policies.

In particular, China expects the Taliban to continue its efforts for a peaceful political settlement to the ongoing Afghan civil war, rather than abandoning the path that some US observers expect in favor of a violent occupation. Beijing also does not want the group to deal with so-called “East Turkestan Islamic Movement” (ETIM) terrorists who have a history of wreaking havoc in Xinjiang. The Taliban should not only sever ties with all foreign terrorist groups, but ideally share all intelligence with members of the international community so that appropriate action can be taken.

As long as the Taliban is determined to transform itself from a banned terrorist organization into an internationally recognized political-military force in Afghanistan, the future of the war-torn country will be bright. As the state’s key stakeholders, its practical relationship with China will ultimately work for the benefit of all its compatriots. China needs reassurance that Afghanistan will soon be stable and that terrorist threats will never come again. Once relieved by the progress made with the help of the Taliban, China can focus more on rebuilding Afghanistan.

The best scenario is that Afghanistan becomes a geopolitical hub for Eurasian integration. His involvement in the Belt and Road Initiative (BRI) could make this vision much easier. Not only can China invest in agricultural, trade, industrial, mineral and other projects there, but it can also use the country’s strategic location to bring its top foreign stakeholders closer together. For example, China’s modernization of East Tajikistan’s mountain road network could lead to a “Persian corridor” to Iran through this country and Afghanistan, which recently signed a 25-year strategic partnership with the People’s Republic. Has received

Pakistan, Afghanistan and Uzbekistan agreed in February to build a triangular railway that could coincidentally be called Pakafz after the first letter of each participating country’s name. In essence, it serves as the northern extension of the China-Pakistan Economic Corridor (CPEC), a major BRI project. At a conference on Central Asia-South Asia connectivity in Tashkent, the capital of Uzbekistan, in mid-July, all participating countries supported the theme of the event, presented by Pakafs. Together, the “Persian Corridor” and the Pakafs could become a major hub for Eurasian economic integration between East and West, and between North and South, respectively, through the post-war Afghanistan.

This mutually beneficial grand geopolitical strategy can only be achieved if the Taliban continue their current path of becoming a responsible political, military and counter-terrorism stakeholder in Afghanistan. All Afghans will be able to take advantage of the countless opportunities provided by the BRI to accelerate the reconstruction of their country and position themselves as essential economic players in the subcontinent’s multipolar future. Of course, implementation will take time to implement, but this plan is probably the key to improving Chinese-Taliban relations, which will benefit all of Eurasia.