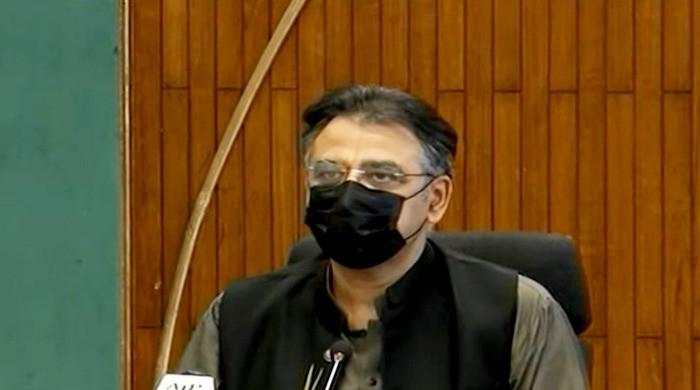 ISLAMABAD: Federal Minister for Planning, Development and Special Measures Asad Omar on Monday said that the federal government has decided to impose some new restrictions to control the growing cases of CoV 19 in major cities of Pakistan.

In a press conference with Dr. Faisal Sultan, Special Assistant to the Prime Minister for Health, the Minister said that all the decisions have been taken after the approval of Prime Minister Imran Khan. Geo.tv. Is informed.

The minister said the new Corona virus restrictions would take effect on August 3 and would remain in place until August 31.

In Punjab, sanctions will be imposed in Rawalpindi, Lahore, Faisalabad and Multan. There will be new restrictions in Khyber Pakhtunkhwa, Peshawar and Abbottabad.

In Azad Jammu and Kashmir, sanctions will be imposed in Muzaffarabad and Mirpur, while in Gilgit-Baltistan, the new rules will apply to Gilgit and Skardu.

The Sindh Minister said that lockdown already exists in Sindh and Karachi and Hyderabad but new restrictions of NCOC will also come into force after August 8.

He said, “Sindh will decide on a new procedure for sanctions in the province after August 8. If Sindh decides to relax its sanctions after August 8, it will be announced by the NCOC today.” The new restrictions will apply. “

The Minister announced that public transport would operate at 50% capacity to avoid congestion inside vehicles.

Shops and markets will be closed twice a week, he added, adding that provincial governments would decide on safe days.

Omar added that the offices would continue to operate at 50 per cent capacity and appealed to the public to get vaccinated as soon as possible.