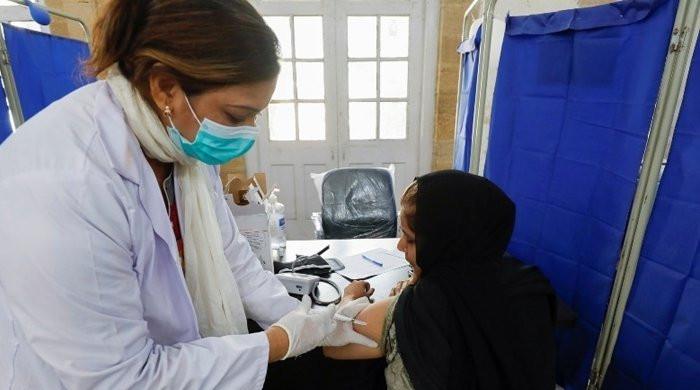 Following an increase in the number of cases of covid 19 in the country, the Sindh government has decided to launch a door-to-door vaccination service in Karachi, while the Punjab government has added three more districts to its ongoing mobile vaccination campaign.

Sindh government spokesman Murtaza Wahab on Monday inaugurated the first mobile vaccination van in Karachi as door-to-door vaccination services are starting in a district of Karachi from tomorrow (August 3).

Murtaza Wahab said that the number of people getting vaccinated against corona virus has increased in the last few days as 211,000 people were vaccinated in Sindh on August 1.

The newly added districts include Sialkot, Gujarat and Sargodha.

The campaign runs from July 26 to August 14, Sarah Aslam announced. Within the campaign, citizens will be vaccinated at their doorsteps at the union council level.

Sara Aslam added that the health department has also prepared a plan for Muharram to vaccinate mourners in gatherings and processions.

He also instructed the public to follow standard operating procedures (SOPs) for the corona virus and get themselves vaccinated as soon as possible, adding that this was the only key to dealing with the Delta variant.

He added that the Delta is likely to be one of the dominant strains of COVID-19 in Pakistan and around the world.