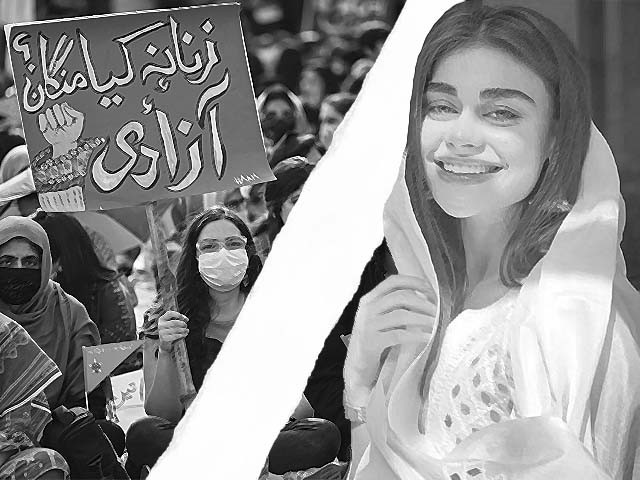 Anger after his interview is only because his speech hides his privilege.

Making your whole being equal to your male partner and believing that he shouldn’t care about you as much as you do about him and call it “culture” which is very wrong Statement of Sadaf Kanwal.. Has he really believed all his life that a single man in the universe would justify his existence as a human being? I really don’t think so.

The unrest that erupted after an interview between Sadaf Kanwal and Shahrooz Sabzwari on a local television channel was due to the fact that, clearly, their statements had no meaning compared to their real daily lives. Although Shahrooz’s statements prove how misunderstood she is, many of us also expected Sadaf to say something useful because she is a woman. However, despair spread like wildfire with every word.

When she equated “culture” with her husband and her needs, she easily forgot the situation of single women, single mothers and divorced women in this highly unforgiving society. If a woman does not have a male partner selectively or because of her ordeal, does she automatically withdraw? Toxic Pakistani culture already considers her an outcast and when people with social power like Sadaf, especially as a woman, normalize this statement, it has a dangerous effect on the lives of ordinary Pakistani women who Has little or no autonomy or agency. Her private lives are dominated by her father, brother, husband and even patriarchal mothers.

Claiming that as a wife, her only role is to act as a helper and / or nanny, as the husband of her grown-up male child, she forgets to state that she is entitled to it. Allows one day off while her paid home staff takes care of household duties. However, these very tasks – when not completed by women in ordinary households – can be literally deadly. Many women have died for not doing some of their housework, e.g. Breads Not round enough and not warm before serving. Not only that, women are constantly being abused for not being good. Therefore, this misinformation and blind interview given by Sadaf furthers the highly unfair and one-sided expectations imposed on women.

Sadaf, not knowing anything about women’s rights, insults it by calling it the subject of “liberals”. Doesn’t she remember the liberal environment she gained and benefited from while she excelled in her modeling career? Modeling is definitely not for conservatives. The only reason she meets her current husband is because of the independent lifestyle she has led before marriage. The “celebrity” he earned is also due to him. Perhaps, Sadaf should leave the very comfortable and privileged bubble and take to the streets on March 8.Th, (International Women’s Day) and participating in the Urat March and understanding what it means. In fact, she has taken full advantage of feminism because she chose to do with her body and her life what she saw fit before marriage and still does. Also, one should really teach Shah Shahrooz what feminism is along with it. It certainly does not deny the biological differences between the two sexes as it claims. A simple definition of the term on Google states, “Advocating for women’s rights on the basis of gender equality; the theory of gender political, economic and social equality and the belief that men and women should have equal rights and opportunities. The form is so simple and I just can’t understand why any of them are insulting so many men and their delicate ego. To paint in the Islamic aspect, let’s not forget that our Prophet Muhammad How helpful the Prophet (peace and blessings of Allaah be upon him) was in household chores, how loving he was physically, how he never laid a hand on a woman and how much he respected women and their rights. I never read anywhere. That he made a difference in the roles of men and women because he ultimately believed in a community setting where everyone worked together to move forward. Maybe Shahrooz should learn something from that.

No one is questioning Sadaf’s personal choice to take care of her husband at home, but by saying that it is all for a woman’s life, she should continue the suffering that many women already face in Pakistan. Has happened and is justifying. Therefore, the anger after her interview is only because her speech hides her privilege and she speaks without realizing that her story is already a part of women on paternal livelihood.