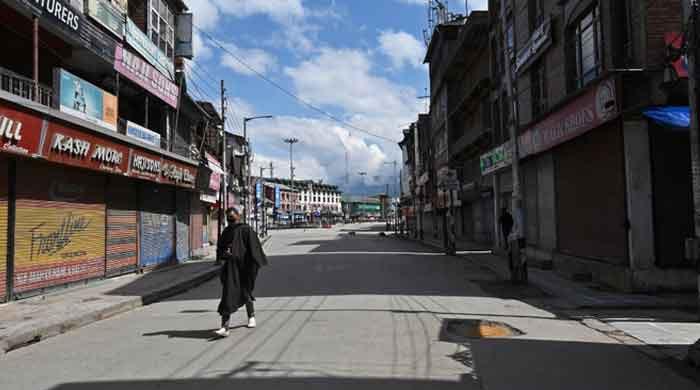 Muzaffarabad: The Azad Jammu and Kashmir (AJK) government on Tuesday announced a partial lockdown in the area to curb the recent rise in 19 cases.

According to the notification, the bazaars and shopping malls under Azad Kashmir will observe two safe days on Saturday and Sunday and will be allowed to remain open till 8 pm on regular days.

In addition, restaurants have been barred from offering witchcraft services. They can have open air dining and services until 10pm during the lockdown.

Indoor weddings and public gatherings are also banned from August 8, but outdoor events with a maximum of 400 guests will be exempt from the rule.

The notification further said that all the dargahs in the area have been closed to the public.

He added that the AJK has orders regarding public and private offices, under which only 50 per cent of the staff in the offices will be allowed. The same is true for public transport, which can only operate on the basis of 50% passenger capacity.

On August 2, 143 new cases and five deaths were reported in the region, according to data shared on the National Corona Virus Dashboard.