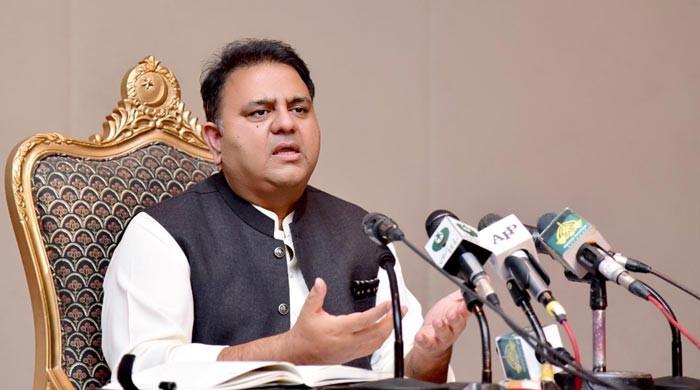 As the fourth wave of corona virus epidemic engulfs Pakistan, the federal government on Tuesday asked the Sindh government to improve its COVID-19 response and increase vaccination.

“The vaccination rate is the lowest in Karachi and Hyderabad,” Information and Broadcasting Minister Fawad Chaudhry told a post-cabinet press conference in Islamabad.

“The Sindh government needs to look in the mirror first (before any criticism is made against the Center),” he said.

Fawad said that Sindh was lagging behind all other provinces and the Center had repeatedly asked the province to improve its governance. Sindh is an important province because of its large population.

The federal minister’s remarks came after witnessing a chaotic situation at vaccination centers in Karachi when people rushed to get vaccinated after being warned of a SIM block.

Talking about the recent interview of PML-N President Shahbaz Sharif, the Federal Minister said that the proposal of the Leader of the Opposition in the National Assembly to bury the shell and move forward is a welcome statement.

Fawad said the government was ready to negotiate with the opposition in parliament but not with its leadership outside parliament.

However, he ruled out a date for such a meeting between Shahbaz and Prime Minister Imran Khan in the near future.

He said that Maryam, Nawaz, Fazal and others did not want the system to move forward.

Talking about other important issues, the Federal Minister said that 23 more Pakistani prisoners have returned home from Saudi Arabia, which was made possible by the personal efforts of Prime Minister Imran Khan.

“We have already repatriated hundreds of Pakistanis imprisoned abroad for petty crimes,” he said.

He asked how democracy would move forward when the losing party would claim fraud.