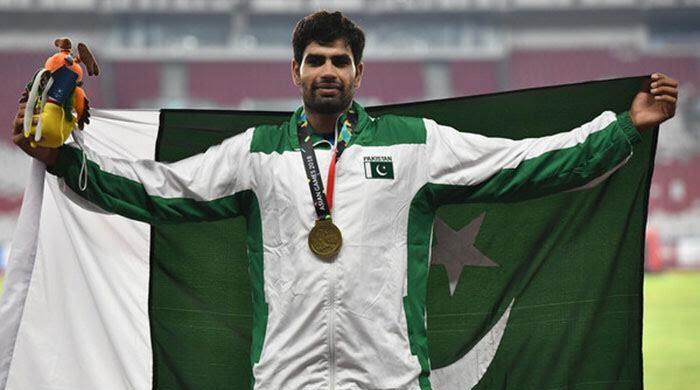 TOKYO: Pakistan’s star athlete Arshad Nadeem thanked the nation for its support and prayers for success in the mega event after qualifying for the final round of the Julian Throw at the 2020 Tokyo Olympics. Geo News. Reported

In a video message, Arshad Nadeem said that by the grace of Allah, he qualified for the final round of the javelin throw competition and asked the nation to pray for his success in the final round.

Nadeem vowed to do his best in the final round and hoped to win a medal for the country. “I worked day and night for the mega event,” he said.

Meanwhile, Akram Sahi of the Athletics Federation of Pakistan telephoned Arshad Nadeem and congratulated him on qualifying for the final round of the Jillian Throw competition.

Arhad Nadeem is the first Pakistani athlete to qualify for the final of any track and field event at the Olympics.

They were placed in Group B for the competition in which the athlete had to throw at least 83.5 meters to qualify directly for the final.

Only six players were able to do so and Arshad was one of them while the other six players reached the final based on their respective round throws.

Arshad Nadeem will be seen in action in the final round on August 7.