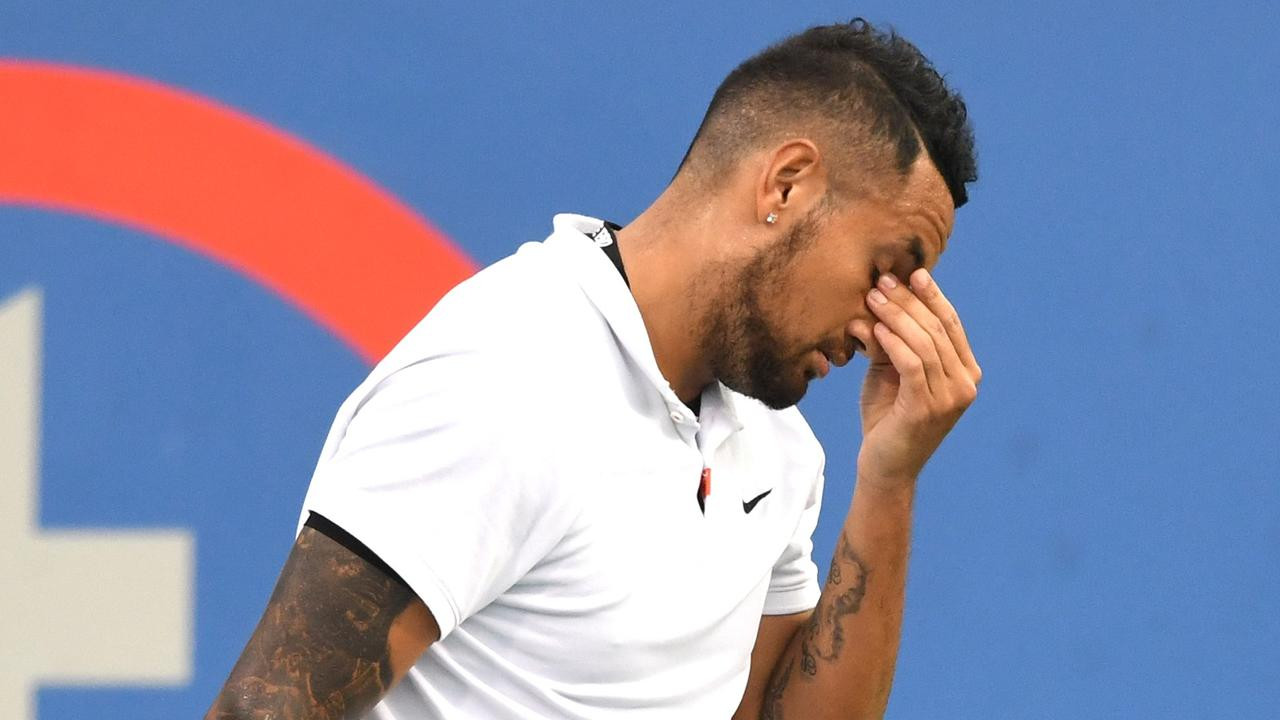 For the days when they would scream and throw racquets, Nick Kyrgios struggled to focus on the key points in getting out of the first round at the ATP City Open on Tuesday.

The 26-year-old Australian, who won the Washington event when it was last played in 2019, lacked the brilliance and passion of a trademark who lost to American Mackenzie McDonald’s 6-4, 6-4.

“I’m disappointed,” Kyrgios said. “My head is in the shed, ask the truth.”

Kyrgios, a six-time ATP champion, was known for shouting racquet-breaking anger and frustration. But they were missing in the trademark defeat.

“I think I enjoyed my tennis more when it was up and down. As you can see from me today, it’s like I’m losing and I’m barely getting angry,” Kyrgios said.

“I actually remember the days when I was losing and I was moving forward and I was being fined and I was throwing my racket.

“It just meant I cared a lot. I really cared what was going on. Now I lost and I’m really happy for the other boy.”

Kyrgios, ranked 77th, was only in the fifth event of the year and since the Cove 19 closed last year.

“I can’t be too hard on myself. I haven’t played very many matches,” Kyrgios said. “I don’t really understand the intensity of my body and mind by a few points because I haven’t played that much.

“I never want to lose. I’m a competitor. It’s like I don’t feel as emotional as I used to when I was in court.”

Earlier this week, Kyrgios spoke of 20 times more severe mental problems than Naomi Osaka and the game taking her to a “dark” place.

“I’m going through my problems out of court. They can play their part,” he said. “It’s difficult. I’m dealing with issues like we are all. I think it affected me a little bit today.”

Kyrgios sees more tennis as the only way to get back to his former form, which led to him being ranked 13th in 2016.

“I’ll be back on the practice court. All I can do is keep trying to play, keep swinging and hopefully things will change,” he said. “Hopefully I’ll get some momentum, get back to some old tennis that I can play.”

Second seed Felix Oger-Eliasmi returned from the Olympic exit of the first match, withdrew from the Jet League and defeated Andreas Seppi 2-6, 6-2, 6-2 in the US Open hardcourt tone-up at this year’s French Open. The first round of

“I really wanted to find a way to win this match, I want to get my revenge for myself more than anything else,” said Oger Aliasim.

Britain’s seventh seed Cameron Nouri advanced to the third round after defeating Marcos Geron of the United States 6-4, 6-3.

Brandon Nakashima of the United States celebrated his 20th birthday with a 6-3, 6-3 victory over Alex Poppern of Australia, booking a second round match with British sixth seed Daniel Evans.

After reaching his first two ATP finals in the last two weeks in Los Cabos and Atlanta, Nakashima jumped to the career-best 89th world ranking, losing to Norie in Mexico and John Eisner of the United States in Atlanta.

Corda, seeded 12th and 45th in her career, reached her first ATP final at Delary Beach in January and won her first ATP title at Perma in May.