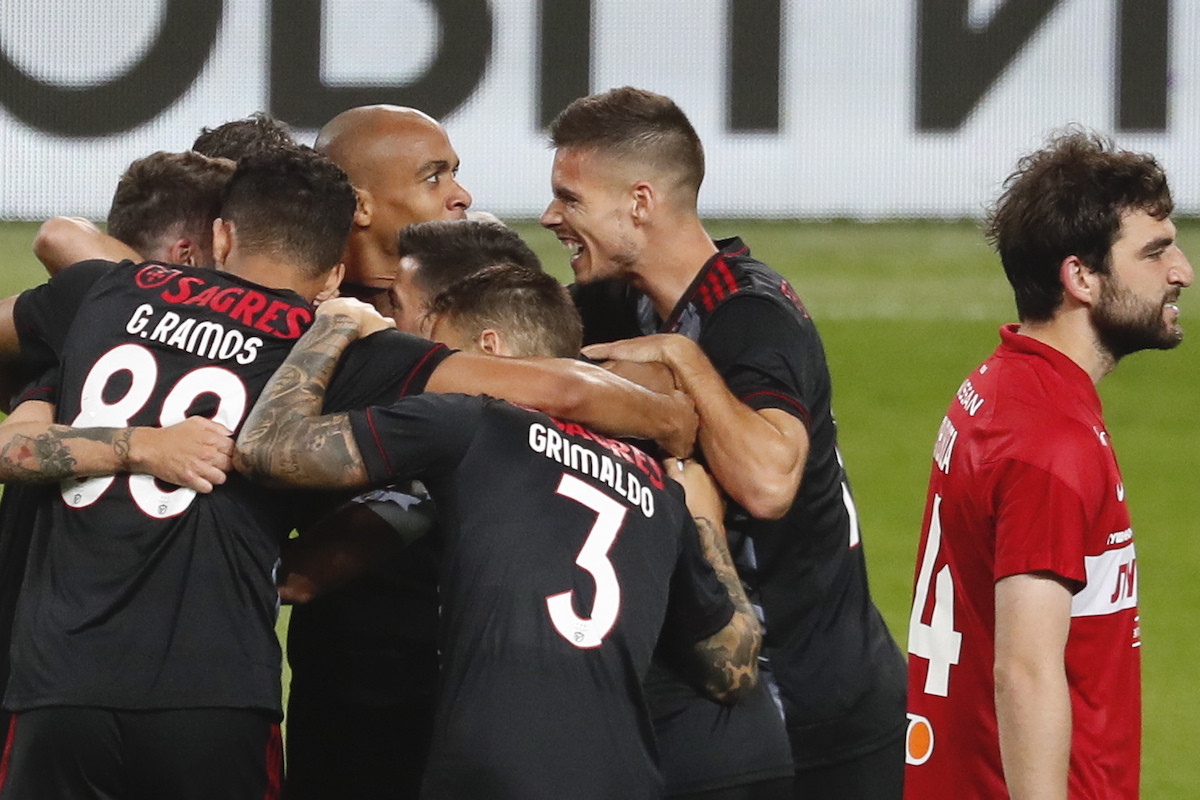 Former European champions Benfica took a big step towards the Champions League play-off round, with Rafa Silva’s goal in the second half and substitute Gilberto beating the Portuguese 2-0 at Spartak Moscow on Wednesday.

In the first leg of the second-third qualifying round of the day, Hungarian champions Francovaros beat Slavia Prague 2-0 at home, while Croatia title holders Dinamo Zagreb were drawn 1-1 by visiting Legia Warsaw.

Benfica were denied a big win by Spartak goalkeeper Alexander Maximenko, who was unable to stop Silva from shooting the visitors in the 51st minute when he buried his shot in the top corner after a couple of minutes with Joao Mario. done.

Gilberto added another clinical finalist from within the area after taking a defensive pass from Lucas Verisimo in the 74th second.

Fernandez was on the back foot against Slavia for most of the first half, but in the 44th minute, a strange curiosity gave Kacharaba a blue lead thanks to his own goal.

The defender slipped in front of a fast franchise and knocked Andrej Kolar to an innocent-looking backpass, but the ball slipped at the goalkeeper’s feet and the home crowd cheered behind his net.

Kachraba extended a disappointing evening for him when he awarded a penalty to Merto Azoni in the 50th minute with a clumsy error. Igor Kharton replaced the spot-kick with Fernandez in the driver’s seat.

Croatia striker Bruno Petkovic put Dynamo ahead with a superb header in an hour from Luka Ivanosic Cross, but Legia counter-attacked in the 82nd minute when Ernest Musa fired a non-stop shot from 20 meters.

The match was played in Zagreb on Tuesday evening after fierce clashes between rival spectators, with Croatian media reporting that they threw stones, flames and bottles at each other.

The return leg will be played next Tuesday.