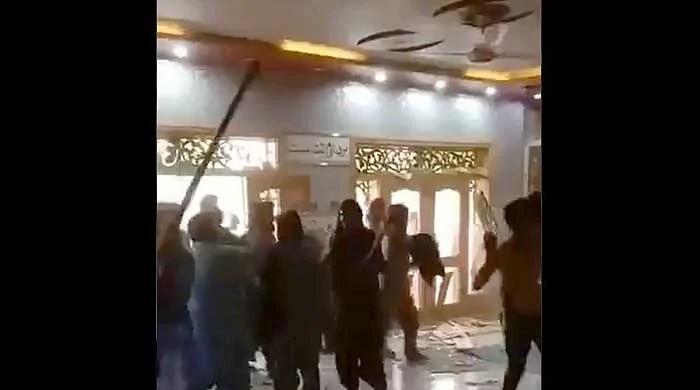 Rahim Yar Khan: Prime Minister Imran Khan has taken notice of a video clip circulating on social media in which a mob can be seen attacking a Hindu temple.

According to social media reports, the incident took place in Rahim Yar Khan’s village Bhong. The video clip shows dozens of people armed with sticks chanting slogans and smashing things inside the temple.

Gul added that the prime minister had directed the district administration to investigate the matter and take stern action against the accused.

He said that the constitution of Pakistan provides freedom and protection to minorities so that they can perform their worship freely.

He added, “MoHR has been in touch with RYK police since yesterday to ensure action.

In December last year, a mob set fire to the shrine of a Hindu saint in Karak, Khyber Pakhtunkhwa.