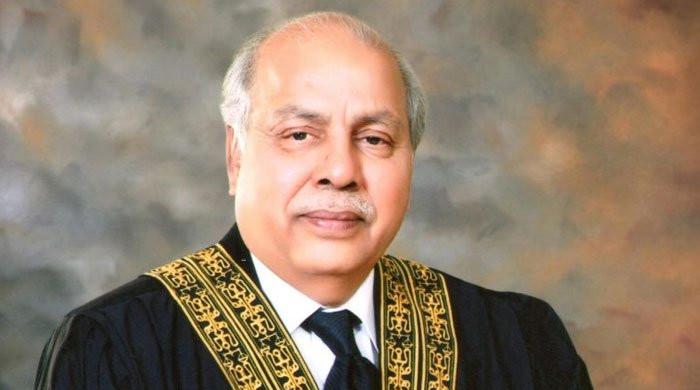 ISLAMABAD: Outraged over the non-action taken by the police on the desecration of Rahim Yar Khan temple, Chief Justice Gulzar Ahmed on Friday directed the Punjab police to arrest all those responsible for the incident.

The Chief Justice had taken suo motu notice of the attack on the temple at Rahim Yar Khan after meeting MNA and Patron Supreme Pakistan Hindu Council Ramesh Kumar.

A mob armed with sticks and slogans stormed a Hindu temple in Bhong, Rahim Yar Khan on Wednesday. Crowds were seen chanting slogans and desecrating idols in the synagogue.

A video clip of the incident went viral on social media, drawing strong criticism from rights activists in Pakistan.

Justice Gulzar had expressed concern over the tragic incident and summoned the Chief Secretary Punjab and the IGP Punjab to appear before the Supreme Court and submit a report on the incident.

During today’s hearing, the Chief Justice expressed outrage over the incident and reprimanded the authorities, saying the attack had severely damaged Pakistan’s reputation around the world.

“What were the police and the administration doing?” The Chief Justice asked

IGP Inam Ghani said that Assistant Commissioner and ASP were present at the spot and the administration’s priority was to provide security to 70 Hindu families near the temple.

Terrorism provisions have been included in the FIR.

Chief Justice Gulzar stressed that if the Deputy Commissioner and DPO could not perform their duties, they should be sacked.

IG Inam Ghani told the court that no arrests had been made in the case so far when Justice Qazi Amin asked what action the police had taken.

Additional Attorney General Sohail Mahmood said that Prime Minister Imran Khan has taken notice of the matter. On this, Chief Justice Gulzar said that the court would focus on the legal aspect of the case.

“Three days have passed, but no one has been arrested,” the chief justice said in frustration.

Justice Amin said the police had failed in their duty.

“If there had been professional officers in the force, the issue would have been resolved by now,” the chief justice observed, adding that it was important to consider how the incident had affected Pakistani Hindus.

“Think about the reaction of Muslims if the mosque was attacked,” he said.

He also questioned an 8-year-old Hindu boy who was arrested by police. The Punjab police chief told the bench that the boy was first produced before a magistrate.

“What do you expect from an 8-year-old? What does an 8-year-old know about religion? Do the police have any idea about a young child’s mind?”

Justice Gulzar then ordered the removal of the SHO who arrested the boy.

The Supreme Court has also ordered the establishment of peace committees to ensure religious harmony among followers of different religions.

PML-N MNA Khel Das Kohistani said that no arrest has been made so far and no government official has reached the spot. We want the Home Minister and the Prime Minister to tell us why no one was arrested.

“This is a conspiracy. The PTI government stands with the Hindu minority,” said PTI MNA Shonila Roth.

She added that she was talking to DPO Punjab and IG Punjab online when the Bhong Mandir incident took place.

Another MNA, Lal Chand Malhi, described the incidents as “supported by a plan”, adding that the main purpose of such incidents was to defame Pakistan.

“An FIR has been registered. I hope the accused will also be arrested,” he said.

PPP MNA Mahesh Kumar Malani urged members of the Assembly from other political parties, namely the PML-N, JUI-F and others, to take up the issue.

Deputy Speaker Qasim Suri said that everyone in the assembly would talk about the incident.