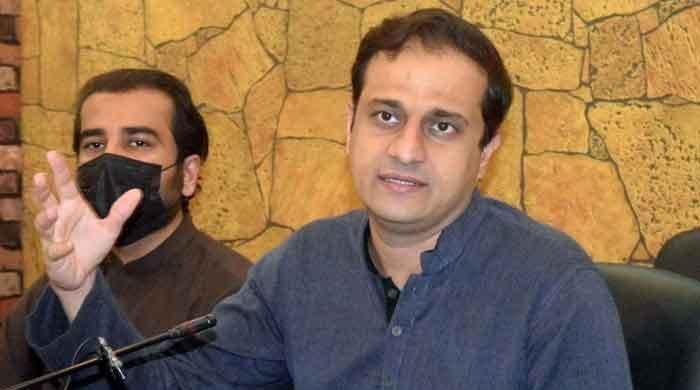 Newly elected Karachi administrator Murtaza Wahab has said he will bridge the gap between provincial and local governments to address the city’s long-standing problems.

Wahab was on Thursday appointed administrator of the Karachi Metropolitan Corporation (KMC) by the Local Government (LG) Department.

The LG Department had issued a formal notification announcing the appointment.

Referring to the relevant sections of the Sindh Local Government Act and the decision of the Sindh Cabinet, the notification said that Wahab immediately took over as the new KMC Administrator in place of Laiq Ahmed.

I am thankful to Chairman Bilawal, President Zardari, Adi Faryal and Chief Minister Sindh for giving me the opportunity to serve my city. he said.

Murtaza Wahab as Administrator Karachi on his priorities.

Wahab said relations between the Sindh government and local bodies have been strained in the past, which has not solved many of Karachi’s problems.

“Even a small change will make it clear to the public what the Karachi administrator can and cannot do with a single set of laws and powers,” he explained.

He added that the citizens of Karachi would see the communication gap between the provincial government and the local government closing.

He further challenged the claim that local bodies were not empowered in Karachi. “If the local government is not empowered. [as critics say] Then under which government do district municipal corporations come?

The Karachi administrator said that the Sindh government has always empowered the DMC of the city, however, the DMC did not listen to the mayor of Karachi nor did the mayor listen to the DMC.

“Every time you take charge of an office, there are dental problems that come with it,” he said. “The DMC had the authority but outsourced its plans to the Solid Waste Management Board,” he added.

On the issue of public transport.

Wahab admitted that the provincial government did not pay proper attention to the city’s mass transit system, adding that the Sindh government was working to improve it.

He said that 200 new buses would be provided to Karachi by the Sindh government by December this year or the first quarter of 2022. He further said that the foundation stone of Asian Development Bank-funded red line buses would be laid within two months.

“We made mistakes in the transport sector but I assure you there is a plan and we will deliver,” he promised.

Wahab said that although Ismail had opposed his appointment, he wished him well and offered his support in the days to come.