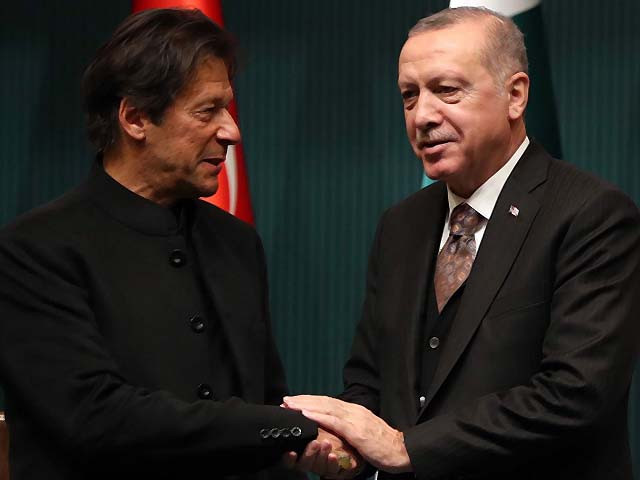 Therefore, Pakistan, Turkey and Iran must work together to counter this unconventional threat.

The newly issued US policy on handling Afghan resettlement requests from third countries has met with opposition from Pakistan and Turkey, who are worried that it will encourage the influx of people across their borders. Both countries prefer that the United States either process such requests from within Afghanistan, or better yet, actively create conditions to ensure their safety at home so that they can Don’t be pressured to leave in the first place. Whether intentional or not, the emerging dynamics are reminiscent of Ivy League scholar Kelly M. Greenhall’s research on “mass migration of weapons.”

This concept refers to what she describes as “the forced use of purposeful migration and refugee crises.” Those unfamiliar with it can refer to its publicly available 45-page academic essay from 2010, which can be read on the Naval Postgraduate School’s website. In short, the esteemed researcher intends to prove that different types of oppressors have historically achieved different goals through these goals with mixed rates of success since World War II. Ms. Greenhill’s concept is controversial among some who see it as inhumane, while others admire her insight into explaining the complex process.

The relevance of the “weapons of mass migration” to the current analysis is that the United States is using this strategy to put pressure on Pakistan and Turkey, which is a punishment for reviving their current foreign policy. National interests, in particular, the United States’ refusal to act on Afghan resettlement requests in Afghanistan, encourages those fleeing to Pakistan or Turkey (including those via Iran who are accused of obstructing their movement. ” Passive facility is provided “at least not to stop them on the way for the Anatolian nation).

What makes it so difficult to defend against the “weapons of mass migration” is the element of humanity and its optics. People who refuse to enter their country on practical or security grounds are accused of unethical accountability, which some may argue, even out of their international legal obligations. Are different This puts the targeted states in a dilemma under which they are pressured to either submit to the influx of potentially uncontrolled immigrants or face potentially serious consequences for their reputation. ۔

It can also be difficult to prove that a suspect is responsible for triggering or at least facilitating such crises. The United States can easily defend itself by claiming that it is simply pragmatic in the midst of a difficult security situation in Afghanistan that it is unable to process resettlement applications in that country. It may also remind the international community that its members have a responsibility to allow refugees to be protected within their borders, especially if they are fleeing a conflict zone such as Afghanistan.

Pakistan and Turkey are very concerned about this possible “weapons of migration” conspiracy because they can no longer take care of the refugees. Those countries host the largest populations within their borders, which not only incur some financial and social costs, but also carry unconventional security risks under the guise of being a haven for terrorists. Infiltrate their territories or even the arrival of foreigners who have largely destabilized the local situation, wherever they are, they eventually settle down, as can be expected regardless of the state of origin and destination. ۔

Some countries are more sensitive to these security threats than others, but there is no denying that they exist, even if they feel the moral and potentially legal obligations that members of international obligations have. We have to keep our borders open for such people. The most effective solution in these cases is to address the political, security and socio-economic reasons behind these migrant crises, but this requires significant international coordination and burden-sharing, especially when joining. When it comes to financial expenses. Talking about these solutions is much easier than implementing them effectively.

For these reasons, Pakistan and Turkey are preparing themselves for what could be further described as “weapons of mass migration,” the so-called ” The term “inhuman” is not because everyone is unique and should be respected, but simply refers to the strategic role that these people unknowingly play in terms of large dynamics. In defense of the United States, it is still participating in the Afghan peace process in the hope of advancing a political solution, but it has announced its new third-party resettlement program without prior coordination with Pakistan and Turkey. Demonstrated irresponsibility.

That is why both countries are justified in opposing US policy, as their external intentions regarding punishing their ally for their increasingly independent foreign policy can be rightly doubted. This puts Pakistan and Turkey in a difficult position because there is no “silver bullet” solution to the problem of “weapons of migration”. The best thing they can do is to help refugees in each neighboring state, Afghanistan and Iran, along their borders. Even better, Iran should prevent Afghan refugees / refugees from entering its territory in order to reach Turkey.

Therefore, Pakistan, Turkey and Iran must work together to counter this unconventional threat. Islamabad and Tehran have the biggest role to play since joining Afghanistan, but Ankara has also been affected as many Afghan refugees / refugees ultimately intend to flood the area. The United States and its allies (including their media) may try to blame the three countries for any impending crisis, but the fact of the matter is that the United States is most directly responsible because it Destroyed Afghanistan and is now refusing. Resettlement applications from within the country should be processed.