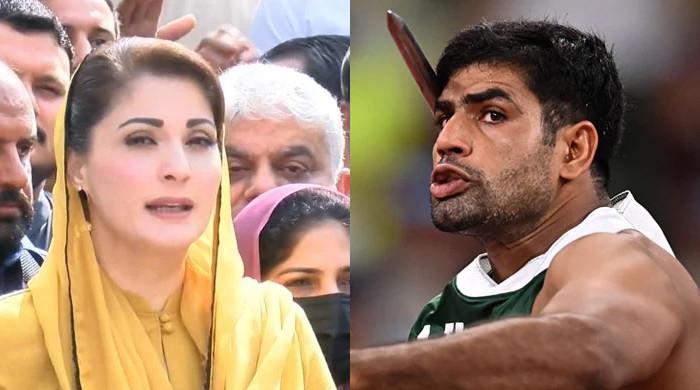 For his efforts at the Tokyo Olympics, which won the hearts of millions of Pakistanis, PML-N vice-president Maryam Nawaz on Saturday praised athlete Arshad Nadeem.

Arshad Nadeem competed in the javelin throw final of the Tokyo Olympics without entering the facilities available to other athletes.

Nadeem failed to finish the podium but he won the nation with full determination.

Neeraj Chopra won the men’s javelin with a best throw of 87.58 meters, claiming the first ever Olympic gold for India in athletics.

“It’s not about winning or losing, it’s about getting out and fighting,” Nawaz said in a tweet.

“That’s what makes you a winner! We’re all so proud of you, Champion!” she said.