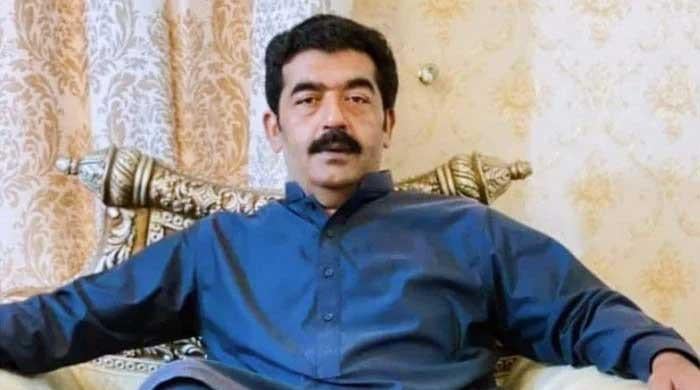 LAHORE: Police on Saturday revealed that an accused named Nazim had confessed to killing MPA Asad Khokhar’s brother in “revenge” at a wedding party in the provincial capital. Geo News. Is informed.

According to details, the accused was present at the function, Chief Minister Usman Bazdar was also present where the incident took place. The senseless killing of the MPA’s brother has exposed security shortcomings.

The accused told police that Malik Mubashir, the legislator’s brother, was allegedly involved in the murder of his brother and uncle. During the initial interrogation at the police station, he confessed that he had killed Malik Mubashir in retaliation.

Describing the incident, Nazim said, “I arrived at the Valima ceremony at 8:15 am,” adding that the guards did not stop him at the gate for a physical search.

MPA Asad Khokhar and his brother Mudassar passed by him twice while he was sitting with other guests and waiting for the right time to kill him.

The accused said that he followed the Punjab Chief Minister and came out of the marquee.

“I opened fire on Malik Mubashir while the Punjab chief minister was sitting in his car,” he told police.

Nazim further told police that he had bought the weapons for Rs 4,000.

The brother of Punjab MPA Asad Khokhar was shot dead by two men at a farmhouse in Defense C on Friday evening.

The victim, Mubashir Khokhar alias Malik Goga, died on the spot while another was injured and taken to hospital.

Police claimed to have arrested two people on the spot. The slain Mubashir Khokhar was at the funeral of the nephew of his MPA brother Asad Khokhar’s son when a suspect opened fire on him.

Punjab Chief Minister Usman Bazdar and other PTI leaders, who were also present, were taken out of the venue safely.