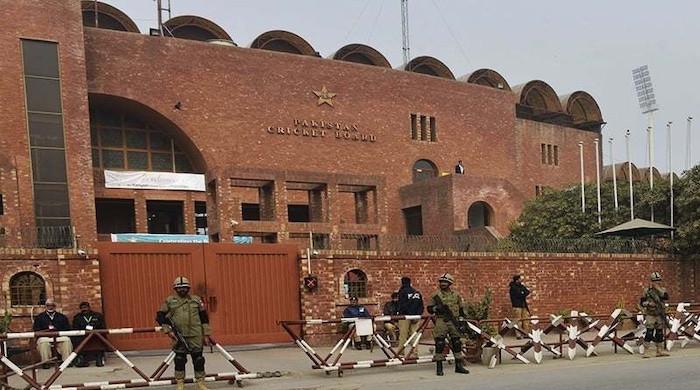 LAHORE: Pakistan’s domestic cricket schedule for 2021-22 is ready and the Pakistan Cricket Board has just announced what it will be.

The season will start with T20 tournaments, after which the red ball version of the game will end with 50 overs Pakistan Cup.

A total of 10 tournaments consisting of 266 matches will be held.

The PCB said in a statement that the domestic competitions in the 2021-22 season are separate for domestic international matches against New Zealand, England, West Indies and Australia and the HBL Pakistan Super League between September 2021 and March 2022. shall be. .

The PCB has allowed six cricket associations to play two fields in the Under-16 and Under-19 tournaments. This means the 62-match National Under-19 Three-Day Championship and One-Day Cup, which will run side by side in Gujranwala, Islamabad, Muridke, Rawalpindi and Sialkot from October 3 to November 12.

Another 12 teams will take part in the 31-match National Under-16 Cup from March 8 to 19, 2022. Rawalpindi will host the singles league competition.

This year, the National U13 ODI Cup will be held in Faisalabad from February 8 to 18, 2022. This was not due to the COVID-19 epidemic last year.

“For the 2021-22 age group cricket season, each cricket association will be allowed two U16 and U19 sides so that we can focus on providing more opportunities to the player pool at the grassroots level and focusing on our next one. The generation of cricketers, “said High Performance Director Nadeem Khan.

He said the strategy was in line with the Cricket Association’s plan to revive cricket in clubs, schools and universities within its purview.

The national T20, which includes the country’s best short format players, will be held from September 25 to October 13. Eighteen matches of the first round will be played in Multan while the remaining 15 matches including two semi-finals and finals will be played in Lahore.

The Quaid-e-Azam Trophy will start on October 20. The first half of the 10 round singles league will be played in Multan, Faisalabad and Lahore. The event will then move to Karachi, where the five-day final will conclude on December 29.

The three-day Double League Cricket Association Championship for the second XI will be held from September 28 to November 14, while the 50-over Single League Cricket Association Challenge for the second XI will be played from November 19 to 27. Both tournaments will be held in Faisalabad, Lahore and Sheikhupura.

The curtain will fall on the 2021-22 season in Lahore on March 30, 2022 with the final of the Pakistan Cup ODI Tournament, which will start on February 25 and will be played in a double league format. The other two venues for the event will be Faisalabad and Multan.

Khan said, “With the amount of international cricket in all three formats for the 2021-22 season and beyond, the coming season will be a path for all those who want to serve Pakistan cricket and make a name for themselves internationally. Are. ” .

“Most of the first XI matches will be televised and digitally promoted, which means no performance can be overlooked or overlooked,” he added.

Details of tournament schedule, squads and match official appointments will be released during the event.

The schedule or now is as follows:

Competition along the way.