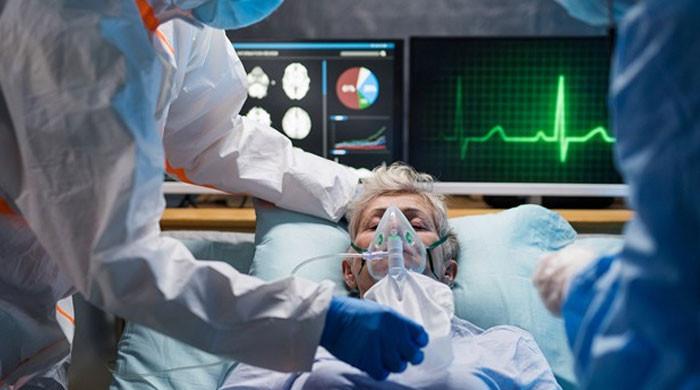 MOSCOW (Reuters) – Patients with the nine corona virus died Monday in the Russian republic of North Ossetia after an oxygen pipe exploded at a hospital in the capital, Vladikavkaz.

Russian news agencies quoted the ministry as saying that “nine patients with corona virus died due to lack of oxygen at the Republican Clinical Hospital in Vladikavkaz.”

He also quoted acting president Sergei Maniello as saying “the oxygen pipe broke” and “the supply of oxygen was disrupted”.

The TASS news agency quoted a committee investigating major crimes in Russia as saying that a criminal trial had been launched for providing services that did not meet safety requirements and deaths due to negligence. Causes.

The health ministry said 71 patients were in intensive care at the time of the accident, 13 of whom were receiving “mechanical ventilation” assistance.

He said all nine patients who died were on ventilators.

Maniello said nine patients had already suffered “90 per cent damage” to their lungs before the pipeline exploded and that it was too early to blame their deaths in the crash.

He said the problem was detected immediately and was resolved within 30 to 40 minutes and the remaining patients were transferred to “oxygen cylinders and backup oxygen sources”.

He added that the Republic of North Ossetia in Russia’s North Caucasus region has no problem supplying oxygen to its hospitals.

Russia has seen a number of accidents at its corona virus hospitals that result in deaths of patients during epidemics.

In June, a fire at a hospital in the Russian city of Ryazan, southeast of Moscow, killed three people, believed to be caused by a faulty ventilator.

Several people were killed in fires at hospitals in Moscow and St. Petersburg in May last year, as well as with faulty ventilators believed to have started the blaze.

According to AFP, Russia is the fourth most affected country in the world in terms of corona virus cases with about 6.5 million registered.

With 165,650 deaths from the virus, Russia has the highest official quake in Europe at 19 – even officials have been accused of reducing the severity of the epidemic.

Russia has seen at least 290,000 deaths as of the end of May, according to a broad definition of coronavirus-related deaths.