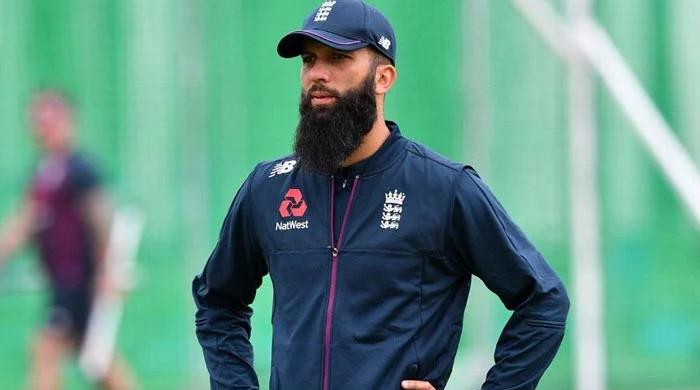 LONDON: Moin Ali has been recalled to the England squad for Thursday’s second Test against India.

The 34-year-old all-rounder has played only one Test match in the last two years, against India in Chennai about six months ago, but he will make contact with the team at Lord’s.

England lost to the opener for a long time in a draw at Trent Bridge last week and they are trying to balance the team in the absence of all-rounders Ben Stokes and Chris Vokes.

“Worcestershire spinning all-rounder Moin Ali has been included in the England men’s Test squad,” the England and Wales Cricket Board said in a statement.

He will join the Test party later today and will train with the England squad this afternoon.

Moin has played only white ball cricket since his last Test match in February when he took eight wickets and lost 43 runs in the second innings.

He dismissed Indian captain Virat Kohli twice in the match but did not take part in the series, resting as scheduled as part of the ECB’s rotation policy.

Moin has since resumed his position as a whiteball specialist, most recently as captain of the Birmingham Phoenix in the opening season of The Hundred.

He leaves the competition in the flames of greatness, his team tops the standings and is fresh from scoring 59 runs against Welsh Fire on Monday, which hit him five sixes and three fours in just 28 balls.

“We will look at the situation and weigh things, but they are in the best position to play,” said England captain Joe Root.

“That’s why he has been called up to the team for both batting and ball ability. Although in short format he is in great form at the moment, playing with great confidence, and we all know he is on the Test field. What a talent I have. He scored big centuries and won the game with the ball and he is a good cricketer.

If given a chance, he will be eager to impress and show everyone how good he is in Test cricket as well as whiteball cricket.