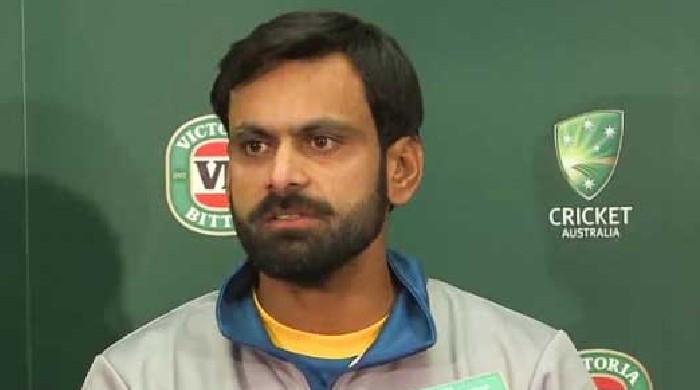 Supporting Kashmiri cricketers, Muzaffarabad Tigers captain Muhammad Hafeez has said that he wants to see them make great progress in the days to come. Geo News. Is informed.

Addressing Geo News. On Monday, the veteran all-rounder wished the Kashmiri players a great performance for the country and showcase their talents to the world.

He said that every cricketer playing in KPL 2021 is doing it for Kashmir cause.

Expressing happiness at seeing local talent in the league in Kashmir, Hafeez said he would benefit by sharing a dressing room with international cricketers and learn new skills.

“Two Kashmiris are part of the playing XI in our team,” he said. This will greatly benefit the local talent here.

The all-rounder said it was great to play in Muzaffarabad. “I am playing cricket in Muzaffarabad for the first time,” he said. The location is beautiful and the ground is impressive.

Hafeez said the cricket stadium could have been better prepared. However, he said the arrangements made in a short time were commendable. The captain of Muzaffarabad Tigers praised the organizers for organizing the league.

Hafeez’s team got off to a great start by defeating Overseas Warriors by seven wickets in their first KPL 2021 match.

However, the Tigers lost to the Rawalpindi Hawks after cutting their nails on Monday, losing the game by just one run.