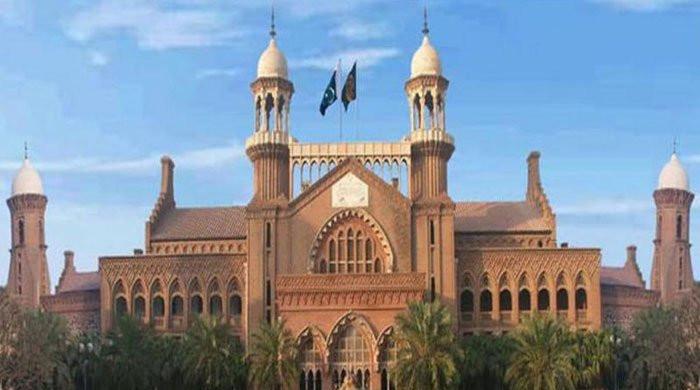 LAHORE: The Lahore High Court (LHC) on Tuesday directed the government not to take any action against the sugar mills owned by PTI leader Jahangir Khan Tareen. Issue restraining order till .

The directive was passed by Justice Risal Hassan Syed during a hearing in the Lahore High Court.

At the commencement of the hearing, counsel for the petitioner argued that the Secretary Industry had fixed the ex-mill and retail price of sugar at Rs. 84.50 and Rs. 89.50, respectively, through a notification dated July 30.

He argued that the move was illegal and that the petitioners were concerned about the pricing of sugar.

The lawyer said that the Lahore High Court had directed the government to hear the position of sugar mills before fixing the prices of sugar, but the petitioners were not heard and new rates were fixed through notification.

According to the lawyer, the price set by the government was unreasonable, contrary to the realistic position of the cost of production and it was not possible to sell sugar at these prices.

The lawyer approached the court seeking annulment of the notification.

On this, a law officer opposed the request saying that the prices of sugar were fixed after hearing the position of 32 sugar mills.

He said that all the requirements are met before fixing the price of sugar.

The court, after hearing the arguments, restrained the provincial government from taking coercive action against the petitioner’s mills till the next hearing.

The court issued notices to the Punjab government and other parties seeking a reply at the next hearing.

It also directed the sugar mills to submit guarantees of difference in sugar prices to the Sugarcane Commissioner.

He further directed that all identical applications should be settled with the central case and the Cane Commissioner should maintain the record of supply of sugar mills.

Last year, Prime Minister Imran Khan tasked the Federal Investigation Agency (FIA) with investigating the sugar crisis, which has led to a shortage of commodities in the country and sent sugar prices skyrocketing. He tasked the FIA ​​with finding out who benefited from the crisis.

A report released by the FIA ​​last year said that senior members of the PTI were among the beneficiaries of the recent sugar crisis in the country.