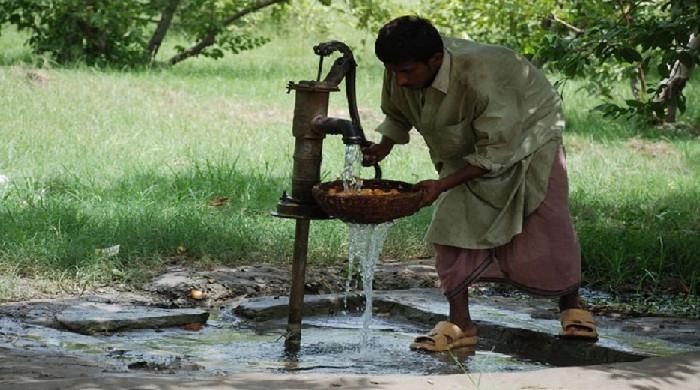 KARACHI: Toxic groundwater has been found in 29 major cities of Pakistan which could lead to serious diseases including cancer.

According to a report, the government has detected toxic water in 29 major cities including Karachi, Shaheed Benazirabad, Mirpur Khas and Gilgit-Baltistan.

This was disclosed by Senator Shibli Faraz, Minister for Science and Technology in the National Assembly (NA) in response to a question posed by PPP’s Musarat Rafiq Mahesar.

Water contaminated with arsenic, iron, fluoride and bacteria is damaging the skin, the documents said.

According to the results of groundwater sampling by the Pakistan Council of Research of Water Resources (PSCRWR), an agency of the Ministry of Science and Technology, the water of 29 major cities of the country is polluted and harmful to health.

The water of Shaheed Benazirabad, Mirpur Khas and Gilgit-Baltistan is 100% unsafe.

According to a Dawn report, when Faraz was asked to explain what steps the federal government has taken to provide clean drinking water to the citizens, the minister said that water was a provincial matter after the passage of the 18th amendment to the constitution. ۔

Faraz was told that his ministry’s job was only to get water tested through the PCRWR. He said that water quality monitoring reports of PCRWR are published from time to time and are shared with the provincial and local governments for their timely improvement.