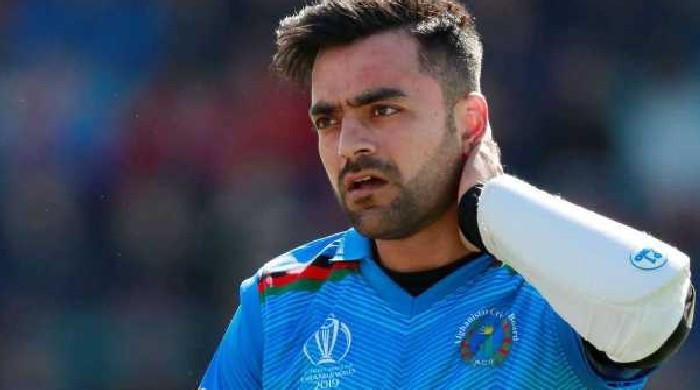 KABUL: Afghan cricketer Rashid Khan on Tuesday appealed to world leaders not to leave his country in chaos as fighting between Afghan forces and Taliban fighters escalated after the withdrawal of US troops from the country.

“Thousands of women and children are being killed in Afghanistan on a daily basis,” Rashid Khan said on Twitter.

“Dear world leaders! My country is in chaos, thousands of innocent people, including children and women, are being martyred every day, homes and property are being destroyed. Thousands of families have been displaced,” he wrote.

They hoisted the main flag and the governor’s office building.

The Taliban confirmed their capture in separate tweets.

Six of the other provincial capitals that have fallen since Friday are in the north of the country, with insurgents keeping their eyes on the region’s largest city, Mazar-e-Sharif.

Its decline will signal the complete end of traditionally anti-Taliban government control in the north.