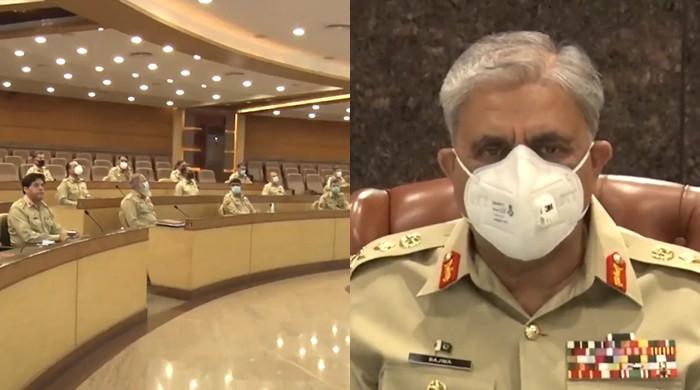 Chief of Army Staff General Qamar Javed Bajwa on Wednesday said that as a collective responsibility, all stakeholders must play their part for lasting peace in Afghanistan which is important for stability in the region.

The army’s media wing said the army chief emphasized the need to avoid misunderstandings and scapegoats to counter the destabilizers’ goals in the Afghan peace process.

Reiterating Pakistan’s vision for peace, coordination and common prosperity, the Army Chief said that the country has made and will continue to make every effort to resolve the Afghan peace process through dialogue with utmost sincerity.

The Army Chief expressed satisfaction over the strict measures being taken to ensure effective border control as part of the Comprehensive Border Management Regime and called for a high level of vigilance along the western border.

The Army Chief commended the formations for maintaining high standards of operational readiness and providing continued support to the civil administration during the ongoing national efforts against the Cove 19, monsoon rains and the national polio campaign.

In addition, during the conference, participants took a comprehensive look at the global, regional and national security environment, the media wing of the military.

The Forum was briefed in detail on the evolving situation along the Pak-Afghan border, Pakistan’s internal security, especially its impact on the Western Zone, and the steps to be taken to address the emerging challenges.

“Taking a holistic view of the multifaceted security challenges facing Pakistan in various fields in a developing environment, the Forum emphasized the need to adopt a nationwide perspective,” the ISPR added.