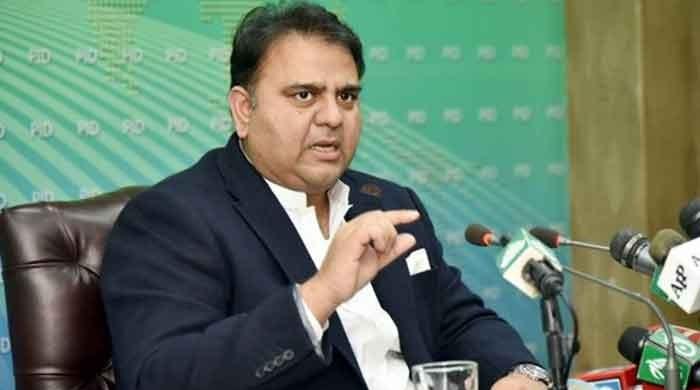 ISLAMABAD: Federal Minister for Information Fawad Chaudhry on Wednesday slammed Afghanistan’s military and civilian leadership, saying where did the 2 2 trillion they had received to form the national army go missing.

The minister’s remarks came in the wake of another Taliban operation, as two more towns fell to insurgents on Tuesday.

Criticizing the leadership of “so-called” Afghanistan, Chaudhry said that people in both Afghanistan and the United States must be wondering where the 2 2 trillion, which was supposed to build the Afghan National Army, went.

“How did all the ministers and generals become billionaires but the people of Afghanistan are suffering due to poverty? Who is responsible for these sufferings?” He thought.

“Corruption of leadership drowns nations, and Afghanistan is an example,” he said.

Afghan forces have the resources needed to fight the Taliban: Pentagon

Expressing concern over the current situation in the war-torn country, Pentagon spokesman John Kirby said Monday that Afghan security forces have the resources needed to fight the Afghan Taliban.

“The Afghan government has the capability and capability to defend itself,” he said.

Officials from both centers told AFP that the insurgents took control of Farah, the provincial capital of the same name, and Pul-e-Khumri in Baghlan within hours of each other.

“The Taliban are now in the city,” Baghlan MP Mamoor Ahmadzai told AFP.

They hoisted the main flag and the governor’s office building.

The Taliban confirmed their capture in separate tweets.

Six of the other provincial capitals that have fallen since Friday are in the north of the country, with insurgents keeping their eyes on the region’s largest city, Mazar-e-Sharif.

Its decline will signal the complete end of traditionally anti-Taliban government control in the north.

Government forces are also fighting in Kandahar and Helmand, the southern Pashto-speaking provinces from which the Taliban draw their strength.