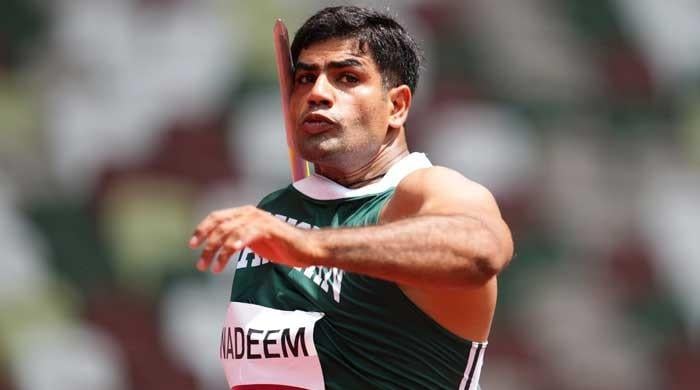 LAHORE: Pakistan star athlete Arshad Nadeem is all set to receive a warm welcome, who will return home tonight after a stellar performance at the Tokyo Olympics 2020. Geo News. Is informed.

Arshad Nadeem’s plane will land at Allama Iqbal International Airport in Lahore at 1:30 am, his coach Fayyaz Bukhari confirmed.

The Punjab government has made arrangements to give a warm welcome to Pakistani Olympian Arshad Nadeem.

He will be accorded a hearty welcome at the airport by Punjab Youth and Sports Minister Rai Timur Bhatti, President of the Athletics Federation, coaches and athletes who will all gather at the airport.

It is worth mentioning that Nadeem had secured the fifth position in javelin throw at the Tokyo Olympics 2020, while Neeraj Chopra of India had won the gold medal.

He became the first Pakistani athlete to qualify for the final of any track and field event at the Olympics and made history in the world event.

Nadeem’s ranking came fourth in the points table at one point in the competition but he soon overtook his rivals.

During the last round, Nadeem scored 82.91m in his first attempt and threw 81.98m in the second. But his last throw to get to the fifth position was declared wrong.

Bhatti made the announcement while addressing a press conference. He said that Chief Minister Sardar Usman Bazdar would give cash prizes to the three players.

Arshad Nadeem is the first Pakistani track and field player to qualify directly. [for Olympics]Rai Timur Khan Bhatti said and both Arshad Nadeem and Talha Talib made Pakistan famous.