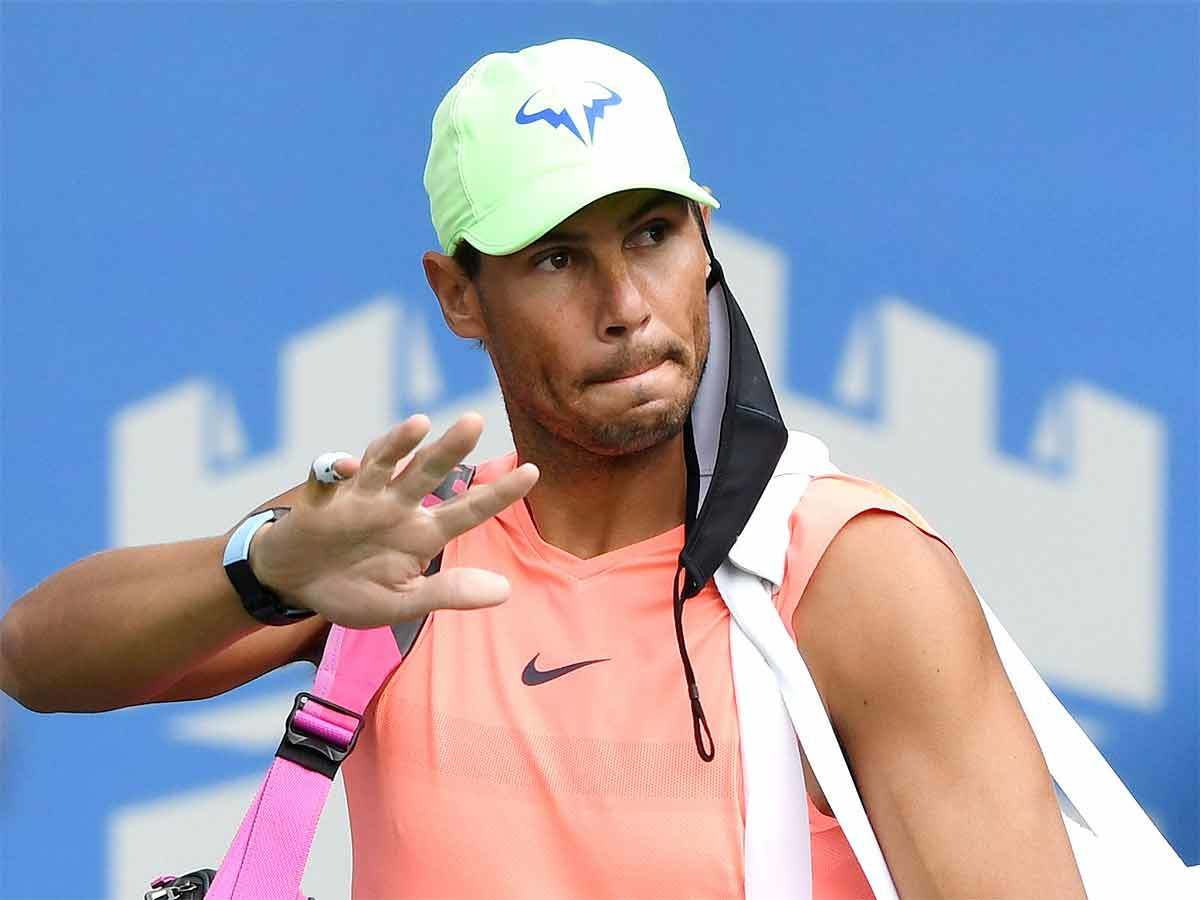 Rafael Nadal’s long leg injury that forced him from the ATP Toronto Masters on Tuesday could affect his future at the US Open.

The Spanish world number three had drawn his first match against Canada a day earlier against 50th-ranked Lloyd Harris of South Africa, who had beaten him in the third round in Washington last week.

The left foot injury that Nadal says he has been suffering from since Roland Garros has been bothering him since 2005 and now threatens the chances of the final Grand Slam of the season starting in New York on August 30. Appears.

“I’ve had this problem for months now,” said Nadal of Spain, who left both Wimbledon and the Tokyo Olympics after losing to Novak Djokovic in the semi-finals of the French Open.

“It’s definitely not the happiest situation in Canada after all my successes,” said the 35-year-old, who has won five in Canada.

“I need to go back (to Mallorca) and try to find a way to get better again.” “The most important thing is to enjoy playing tennis,” he said. With this pain, I can’t enjoy). “

After extending his foot injury in last week’s second-round win over Jack Sock, Nadal said he had improved after losing to Harris.

But on Tuesday he said it was too much of a hindrance to allow him to compete in Toronto.

“I’m not sure I had a chance to fight (in the tournament),” said Nadal, who said goodbye to the first round.

It looks like Cincinnati will withdraw from the Masters 1000 next week, which will call into question Nadal’s participation in the US Open.

Nadal, who has won 20 Grand Slam singles titles with Roger Federer and Novak Djokovic, has struggled with physical issues throughout his career.

He specializes in the treatment of knee problems, which he has always been able to overcome throughout his career.

Nadal has little time left to prove himself at the age of 35 and will certainly take as much time to heal his foot pain.

“The most important thing is to enjoy playing tennis. With this pain, I can’t have fun,” he said.

“I’ve had this problem for the last two months. I wanted to try (to play) like this.”

The fifth-time champion will be replaced by fellow Spaniard Feliciano Lopez in the draw, officials said.