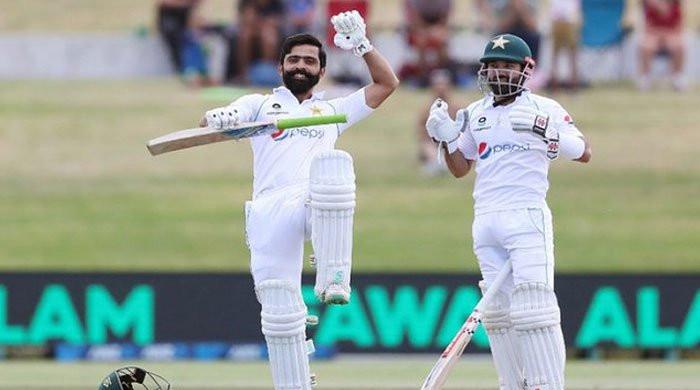 Pakistani cricketers plan to move up in the International Cricket Council’s Test rankings with their performance in the upcoming Test matches against the West Indies starting tomorrow.

In the latest ICC Test rankings, Pakistani cricket captain Babar Azam and batsman Azhar Ali are ranked 10th and 17th respectively, while Mohammad Rizwan is nowhere in the top 20 list, with 21st position.

There is no Pakistani batsman in tomorrow’s match in the ICC Top 40 Test Player Rankings.

In bowling, however, Pakistani cricketers have been overtaken by West Indies’ Jason Holder and Kemar Roach, who are ranked 11th and 13th respectively. Pakistan’s Hassan Ali and Muhammad Abbas are 15th on the list.

The list includes Shaheen Shah Afridi at 22nd position and Yasir Shah at 29th position, but both intend to move up the ladder with their performance in the next match.

With 407 runs, Azhar Ali is the most successful Pakistani batsman of the year 2021. Opener Abid Ali (359), Fawad Alam (333), Mohammad Rizwan (303) and Fahim Ashraf (247) are the second batsmen to dominate other Test matches, each against South Africa and Zimbabwe.

Moreover, Hassan Ali is the most successful bowler in Pakistan this year. He has taken 26 wickets since January 1, 2021.