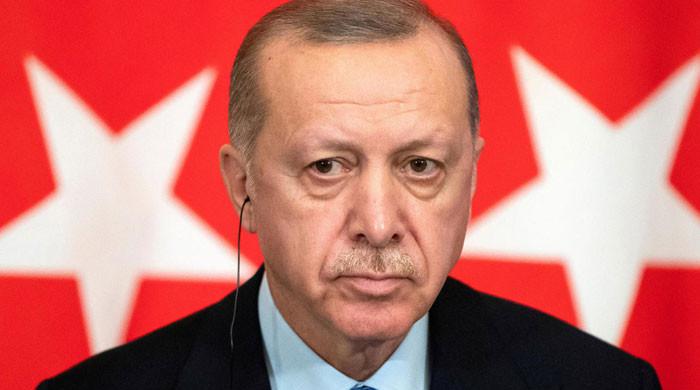 ANKARA: Turkish President Recep Tayyip Erdogan said on Wednesday that he could meet with the head of the insurgent Taliban group to help bring peace to Afghanistan.

Taliban fighters have seized more than a quarter of Afghanistan’s provincial capitals in less than a week.

Turkey is currently in Afghanistan as part of a NATO force and has offered to secure the strategic Kabul airport after the withdrawal of US troops by the end of August.

Talks are underway between Turkish and US officials, and Turkey says it will secure the airport if diplomatic, financial and logistical conditions are met.

“The latest developments and the situation of the Afghan people are really, really disturbing,” Erdogan said in a televised interview with CNN Turk.

“Perhaps I am in a position to receive the person who is their leader,” Erdogan said, referring to Turkish officials’ efforts to negotiate with the Taliban.

Erdogan said last month that Turkey would hold talks with the Taliban as part of the peace process.

“Why? Because if we don’t have a high level of control over such things, peace in Afghanistan will not be possible this time,” he added.

Erdogan’s domestic concern is the Turkish people’s fear of a wave of people fleeing Afghanistan as the rebel group gains more control over the country.

Turkey hosts 3.6 million Syrian refugees, and as Turkey’s economy deteriorates, resentment against them has grown and the main opposition has asked them to leave.

Erdoانan stressed that Turkey’s problem is under control with the construction of walls in the east and south of the country.

“Whether on the border with Iran or Iraq, our walls are rising significantly at the moment. These rising walls are to stop illegal migration into our country,” he said.

US President Joe Biden has ordered the withdrawal of US troops from Afghanistan before September 11, 2021, marking the 20th anniversary of the 9/11 attacks on the United States by Taliban-backed al Qaeda in Afghanistan.