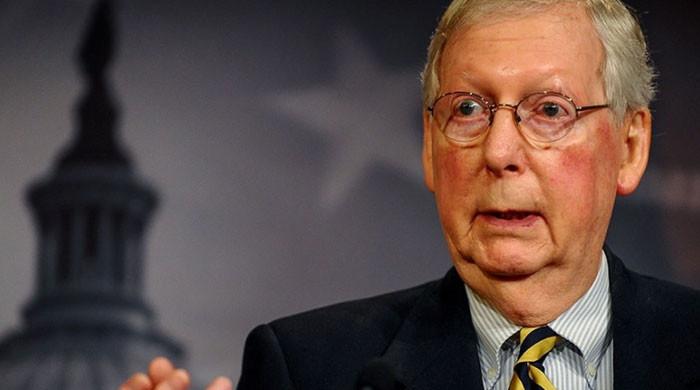 WASHINGTON: A top Republican in Congress on Thursday criticized President Joe Biden for his “reckless policy” on Afghanistan as the United States sought to expel embassy staff before the Taliban advanced.

“Afghanistan is looking at a large-scale, predictable and preventable catastrophe,” Senator Mitch McConnell said in a statement.

“The Biden administration has asked the US authorities to release the Islamic extremists from our embassy as they prepare to seize Kabul,” he said.

McConnell’s Broadside, the most vocal criticism ever from a senior official, came after the administration announced it was withdrawing evacuation flights for Afghan embassy staff and Afghans working for US forces. Sending 3,000 troops to secure Kabul International Airport for a series.

The announcement gave the impression that the United States was leaving the country after 20 years of war as the Taliban claimed control of the city after the insurgency and increasingly threatened the Washington-backed government in Kabul.

McConnell said Biden should increase military support for Afghan forces instead of completing the August 31 withdrawal.

“President Biden’s strategy has turned an incomplete but stable situation into a great embarrassment and a global emergency in weeks,” he said.

“If we allow the Taliban to take over Afghanistan and al Qaeda returns, it will resonate throughout the global jihadist movement.”

McConnell said the decision to deploy US troops to manage the evacuation “looks like preparations for the fall of Kabul”, which he compared to “Saigon’s humiliating fall in 1975” when North Vietnamese troops Took control of the city several years after the withdrawal of US troops