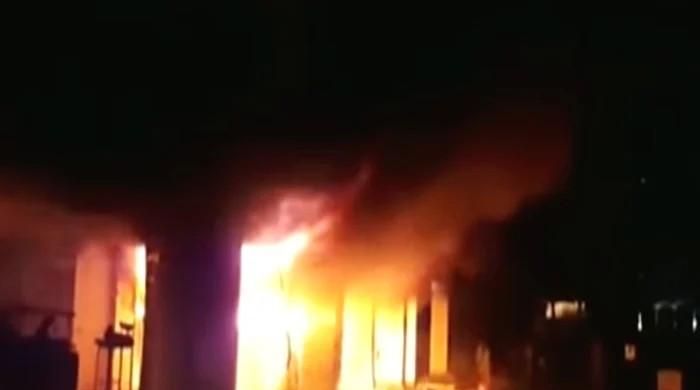 KARACHI: At least five people, including two women, suffocated to death in a house fire at Muhammad Ali Society in Karachi. Geo News. Reported on Thursday.

According to fire brigade officials, the blaze engulfed a house on the first floor of a three-storey building on Miranshah Road.

There were seven people in the house when the fire broke out, police said, adding that the incident took place last night.

Five of them were taken to hospital unconscious, law enforcement said. Hospital officials said the victim died of suffocation due to the fire. The victims ranged in age from 45 to 80.

Rescue officials said the deadly fire was caused by a short circuit.

Farhat Mirza, one of the victims, was a professor at Jinnah Sindh Medical University.

According to the fire brigade, Sadiq Hussain, a member of the firefighting team, was injured while extinguishing the fire. However, his condition is out of danger.

Fire brigade sources said that the fire was brought under control with the help of three fire tenders.

“There was no way to get inside the house, so we broke through the fence to save people,” rescue workers said.