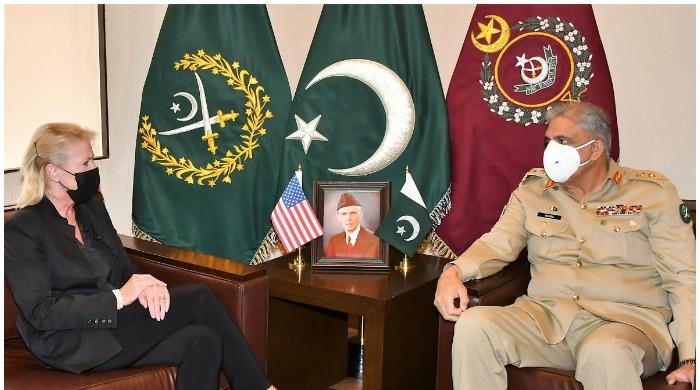 RAWALPINDI: Army Chief General Qamar Javed Bajwa on Friday called on Angela Egler, US in-charge of Pakistan at the General Headquarters, in which a number of issues of mutual interest between Pakistan and the United States were discussed.

According to a statement issued by Inter Services Public Relations (ISPR), the two sides also discussed the current situation in Afghanistan and bilateral cooperation in various fields.

The Chief of Army Staff reiterated that Pakistan is committed to the Afghan peace process and will continue to work with all parties for a peaceful solution.

The American dignitary acknowledged and appreciated Pakistan’s continued support for peace and stability in the region and pledged to further enhance bilateral relations between the two countries.