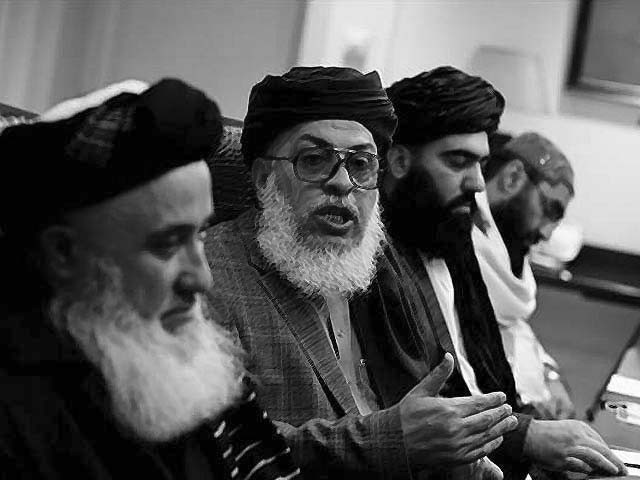 The answer to why everything is going so fast in Afghanistan is not in Pakistan but in this country.

As might be expected, Pakistan is once again being used as a scapegoat for the Taliban’s rapid gains throughout Afghanistan, but this statement only discredits those who, as always, promote it. ۔ Pentagon Press Secretary John F. Kirby has accused the South Asian state of providing so-called “safe havens” to the Taliban and other terrorist groups, but this is a misleading claim. It is believed that some Pashtuns who have sought refuge in Pakistan for years are naturally sympathetic to the majority Pashtun Taliban, but this does not automatically mean providing “safe havens” to Pakistan’s own fighters. ۔

On the issue of refugees, the United States is pressuring Pakistan to accept more than one million of them. The US accuses Pakistan of providing “safe havens” to the Taliban, while at the same time asking it to allow more Afghan refugees to enter, as a basis for making earlier claims. Is exploited. Not only that, but it is also hypocritical because the United States itself refuses to act on their asylum claims unless they first flee to a third country. Washington cannot reasonably demand that Islamabad do something that the United States is not willing to do.

Currently, the next armed story against Pakistan is the #SanctionPakistan hashtag, discovered by the Islamabad Policy Research Institute (IPRI), which is being promoted by Afghan, Indian and PTM accounts in a coordinated manner. The evidence presented by this esteemed think tank should be sufficient to ban social media platforms based in the United States in general on the basic nodes of this information warfare network, but Twitter has not yet done so. It strongly suggests the implementation of a double standard for strategic purposes, namely the preparation of an armed statement to put pressure on Pakistan.

Such a tactic is effective even though Pakistan is Afghanistan’s irreparable economic lifeline. Approving the former would naturally exacerbate the latter’s socio-economic crisis. Nevertheless, the management of perceived short-term perceptions compared to Pakistan is irresponsibly considered worthy of long-term socio-economic damage to Afghanistan, which is involved in this information warfare campaign. It also aims to encourage foreign media to report on this artificially generated social media trend with the expectation that they will justify it and some of the false allegations surrounding the campaign.

What is really happening in Afghanistan is that the US puppet government and its military forces are rapidly declining in the face of the Taliban’s nationwide insurgency. The Afghan National Army (ANA) is mostly made up of frustrated individuals who have joined only for economic reasons but who have no allegiance to the foreign-imposed government they represent. The Taliban have taken full advantage of this to persuade many of them to surrender without a fight. The group’s inclusion of non-Pashtun ethnic groups has convinced Tajiks and others that it is better able to represent its interests than Kabul.

The war of hearts and minds has already been won by most of the Taliban. The group proved to be an effective fighting force, promising to respect the rights of minorities and women, eventually moving beyond Pashtun centralism and effectively campaigning against corruption. In contrast, US-backed officials in Kabul cannot control most of the territory they nominate, accusing them of pitting different ethnic groups against each other over the years, and they are incredible. Are somewhat corrupt. In addition, US military operations in support of it have resulted in numerous civilian casualties and casualties over the years.

The answer to why everything is moving so fast in Afghanistan is found in this country, not in neighboring Pakistan. Islamabad does not provide so-called “safe havens” for Taliban fighters or any terrorist group in this regard, but rather serves as an irreparable economic lifeline for the Afghan people. It is being said that Pakistan is still a scapegoat for the United States and Kabul, largely because it has struggled over the past two decades to improve international perceptions, although this is slowly changing. Is. This threatens an information war, even if the armed statements are notorious for the facts.