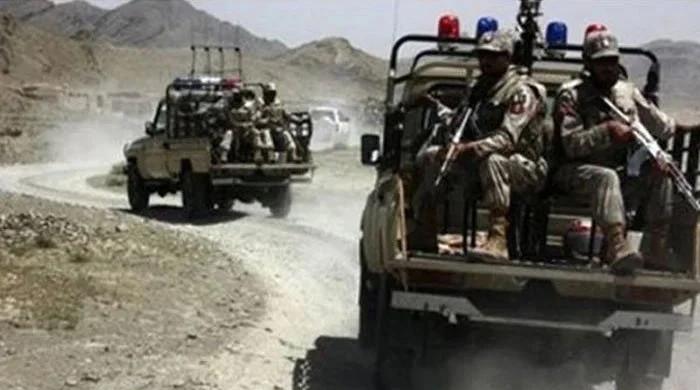 RAWALPINDI: At least one security official was martyred and two others were injured in an attack on a terrorist vehicle in Loralai, Balochistan, Inter Services Public Relations (ISPR) said.

According to the army’s media wing, an FC vehicle carrying soldiers was passing through Shahrig area of ​​Loralai when terrorists opened fire on it.

Naik Sharif was martyred during the exchange of fire while Major Qasim and a soldier were injured in the attack. The body and injured have been shifted to CMH Quetta.

Condemning the terrorist attack on the FC vehicle, Interior Minister Sheikh Rashid Ahmed termed it a cowardly act. He expressed condolences to the family of Naik Sharif.

“Terrorists cannot weaken our forces by carrying out such cowardly attacks,” he added.

Earlier, on June 25, five Frontier Corps soldiers were martyred in a terrorist attack in Sibi, Balochistan.

The terrorists targeted an FC patrol in the Sangan area of ​​Sibi District.

An ISPR statement said the terrorists suffered heavy casualties during the exchange of fire.